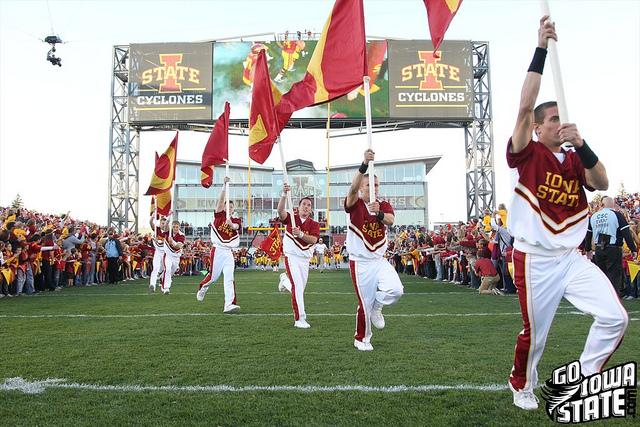 On Monday morning, Iowa State athletics director Jamie Pollard delivered the message that thousands of Cyclone fans have waited years to hear. Thanks to a $25 million gift from the founders of Reiman Publications (Roy and Bobbi Reiman), the hope is that Jack Trice Stadium’s south end zone will be bowled in by the start of the 2015 season.

It is a big day for the future of Iowa State’s football program but as everybody can see through the buzz of social media and our potentially record-breaking day on this website, this is a colossal announcement for the greater whole that is the Cyclone Nation.

CycloneFanatic.com recently caught up with four former/current Cyclones from different generations to get their reaction to the big news and investigate the scenario from a couple of angles.

How will this impact recruiting

“A lot of 17 and 18-year olds buy with their eyes. The excitement associated with stadium expansion and stadium enhancement, to see that physical growth actually taking place, absolutely it will have an impact on recruiting.”

Obviously this expansion will make Iowa State’s football stadium look prettier and more “legit” on game day. But former Iowa State wide receiver Jack Whitver (1999-2003) made the best point I’ve heard about where this could help Paul Rhoads and his staff out the most.

“You have to remember that a lot of these recruits come in and see campus over the winter,” Whitver said. “In December and January, having that bowled in end zone is going to look a lot more impressive than what there is now. High school kids get excited about all kinds of different things from uniforms to helmets to the stadium. I think this is a lot bigger than people realize as far as recruiting goes.”

Former Cyclone quarterback Austen Arnaud (2006-2010) grew up playing football on Jack Trice Stadium’s hillsides. The 25-year old has been immersed in Iowa State football since the day he was born.

“The great places (in college football) in football are known for their stadiums,” Arnaud said. “Ohio State is ‘The Horseshoe.’ Obviously this won’t be that but it is going to be one of those places that is pleasing to the viewer. Football has transpired to where these kids want the new cleats and the new uniforms and all of that stuff.”

One of the things that the current Jack Trice Stadium is known for is the awful wind conditions it often times provides kickers. How will a bowled in south end zone affect that? I asked former Cyclone kicker Bret Culbertson (2004-2006) about this.

“I don’t know if it will make much of a difference,” Culbertson said. “It could complicate things even more as far as the wind goes and the wind tunnel. It could start swirling even more. The south end zone I don’t think will do much. Most of the wind comes from the north or northwest.”

As Pollard said, exact plans as to how the stadium will look have not yet been made. How high will the bowled in end zone be? That could play a factor.

“I’m not sure it would make a huge impact unless they did two levels,” Culbertson said. “If anything it could make the wind more predictable and less sporadic, making it easier to judge how much you should compensate for kicks with wind-related variables.”

Even if the expansion is two levels high though that doesn’t really guarantee anything.

For example, “Lincoln is super high but I remember playing there and kicking into one of the strongest winds that I have ever kicked into,” Culbertson said. “Does bowling it in really keep out the wind? Gosh, I don’t know. I really don’t know.”

“I was excited when I heard the news. This is something that they have been talking about since I was in college back in 2000 and 2001. To see the day finally come with the big announcement is pretty exciting for the entire program. When I played back in 2000, since that time, the entire program has gotten a facelift and taken it to the point where we now have all of the pieces in place to be a great Big 12 program. We have the new weight room. The new offices. We have the indoor facility and now we have that final piece being the bowled in stadium. This is a big day for Iowa State football and I am very excited about it.”

“Growing up in this state, growing up around Iowa State football and Iowa State University, if there is one thing that the fans have always craved for it is bowling in and closing in that south end zone. They are going to get their wish. They are going to get their desire. It is already a phenomenal atmosphere inside of Jack Trice Stadium. This is only going to enhance that atmosphere.” 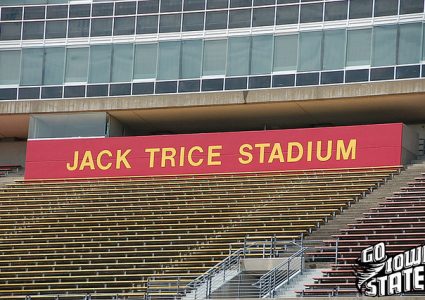 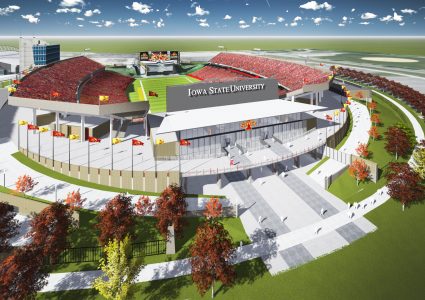