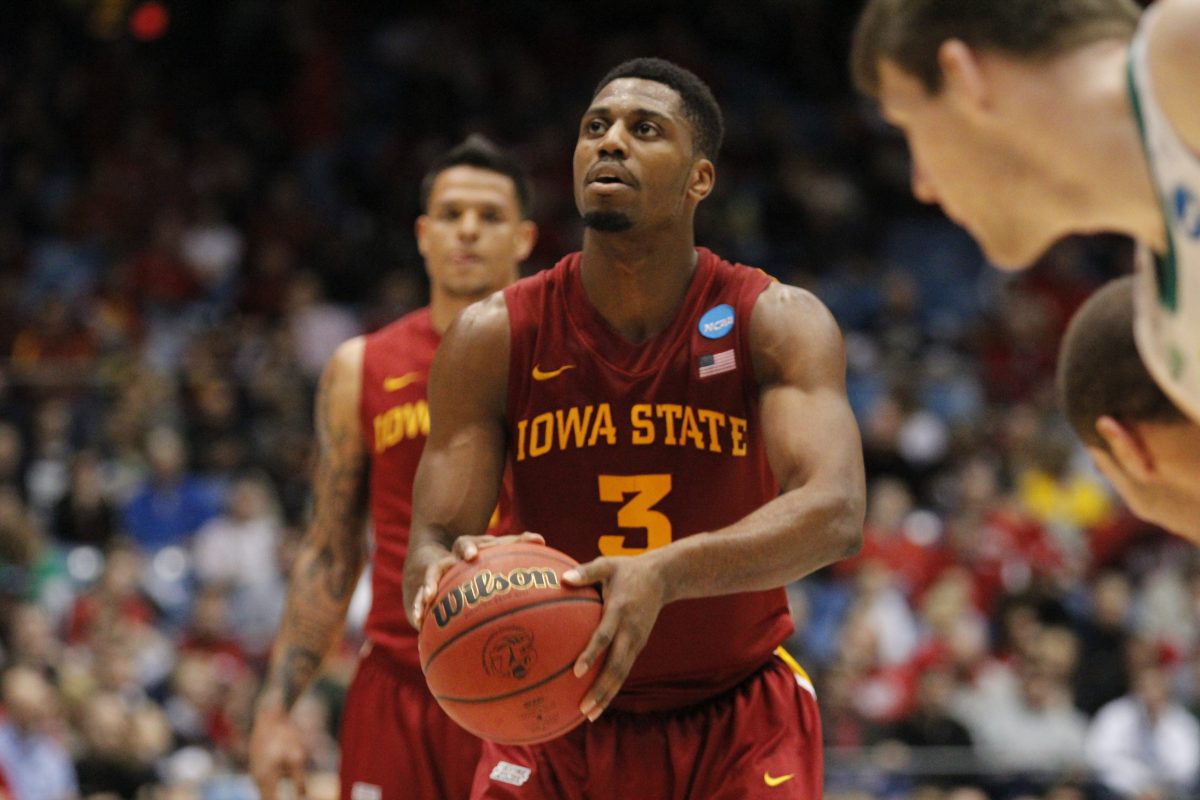 AMES, Iowa – Iowa State senior Melvin Ejim returned to the floor Sunday and led the Cyclones to a 77-70 win over No. 7 Michigan. On Monday, Ejim was honored for his performance when he was named Phillips 66 Big 12 Player of the Week along with Kansas forward Perry Ellis. Andrew Wiggins of Kansas was the newcomer of the week.

In his first game back from injury, Ejim willed Iowa State to a 77-70 victory of No. 7 Michigan. The forward came off the bench to lead all scorers with 22 points in 28 minutes. He was 8-of-14 (.571) from the field, including 1-of-1 from 3-point range, while making 5-of-6 (.833) at the charity stripe. He grabbed nine rebounds and had three steals in the win, while also adding one assist and one block. It was the seventh 20-point game of Ejim’s career and the 54th time he has scored in double figures.

This is the fourth player of the week honor for Ejim in his career. Last week, Iowa State’s Naz Long and DeAndre Kane were named player and newcomer of the week, respectively.

Iowa State returns to action Wednesday when it travels to Provo, Utah to face BYU. The game will tip at8:30 p.m. (CT) on ESPNU.