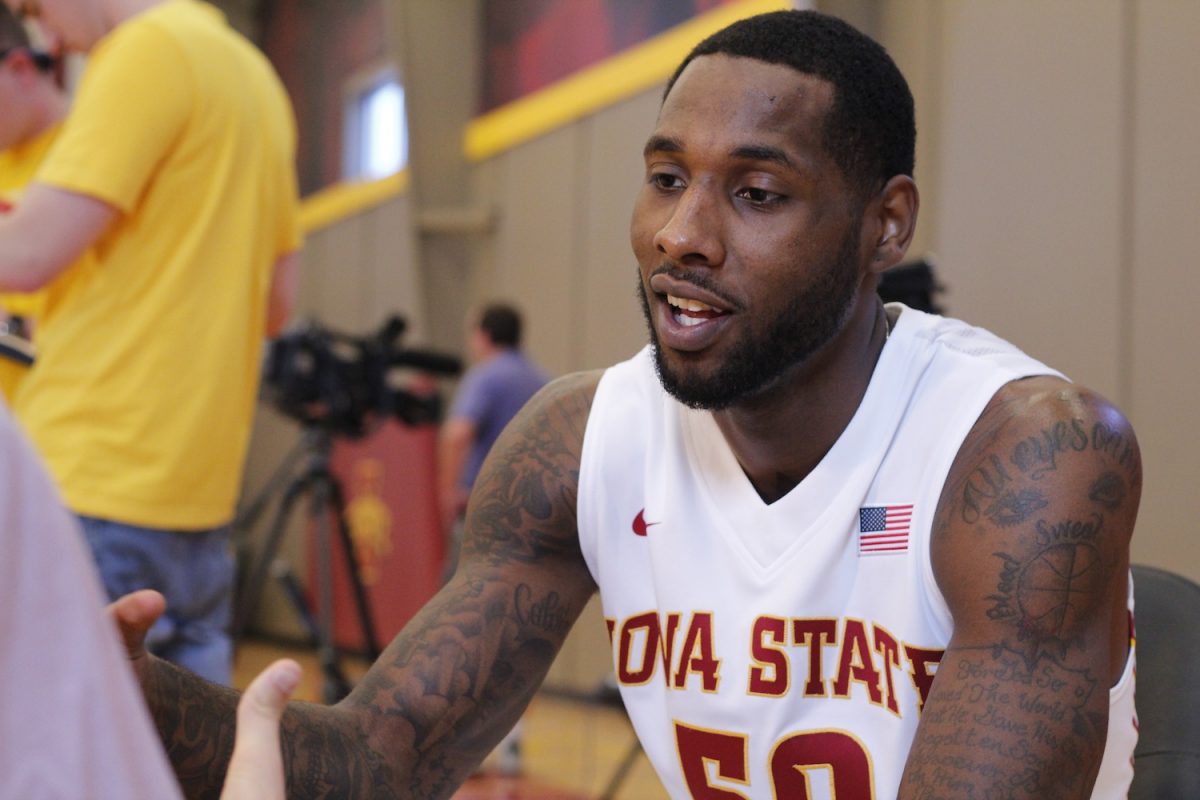 DeAndre Kane: “I wanted to be a part of something good.”

When the Cyclones walked off the court for the final time last season in Dayton, Kane watched the highlights from home.

“They got robbed,” Kane recollected while shaking his head.

The Cyclones’ NCAA Tournament Third Round loss to Ohio State was the Marshall transfer’s first exposure to what would soon become his future team. Kane soon took a visit to Ames and said he felt right at home.

“I know they’ve got great talent here and there have been great things happening here since Coach Fred [Hoiberg] got here," Kane said.

In his three years at Marshall, Kane never experienced a trip to the NCAA Tournament. After seeing the success of Iowa State’s previous transfers, Kane wanted to experience that for himself. In his mind, Iowa State was the answer.

“Going to the tournament two years in a row, I wanted to be a part of that,” Kane said. “I wanted to come in here and build on that and help these guys win.”

If the Cyclones want to get back to the “Big Dance” this year there, is no doubt the Pittsburgh native will need to help fill a large void left behind from last year’s departing seniors.

“He was a big pickup for us,” Hoiberg said. “A lot of production we lost from a year ago was from our guards, so to get a guy like that in here that has that type of experience – one of two players in the nation that averaged more than 15 points per game in their first three years in college – is very important.”

Whether that means playing the one or the two, in Kane’s mind, it doesn’t matter.

“It’s all the same,” Kane said. “You have to bring the ball down, handle the ball, score, play defense, and help your team win, so the one or two is really interchangeable for me.”

Kane will play more than one position this season. That’s evident, especially with a young, talented group of guards including true freshman Monte Morris and sophomore Naz Long.

“We’ve got a lot of guy’s that are interchangeable,” Kane said. “A lot of shooters. A lot of guys that can handle the ball.”

After two weeks of practice, Kane’s teammates have taken notice to his extensive skill set and his ability to lead on the court.

Kane has felt a connection with his teammates since he first played pickup ball with them this summer, which has helped make things easier on him early on.

It’s only a matter of time before Kane makes Hilton Coliseum his Xanadu.