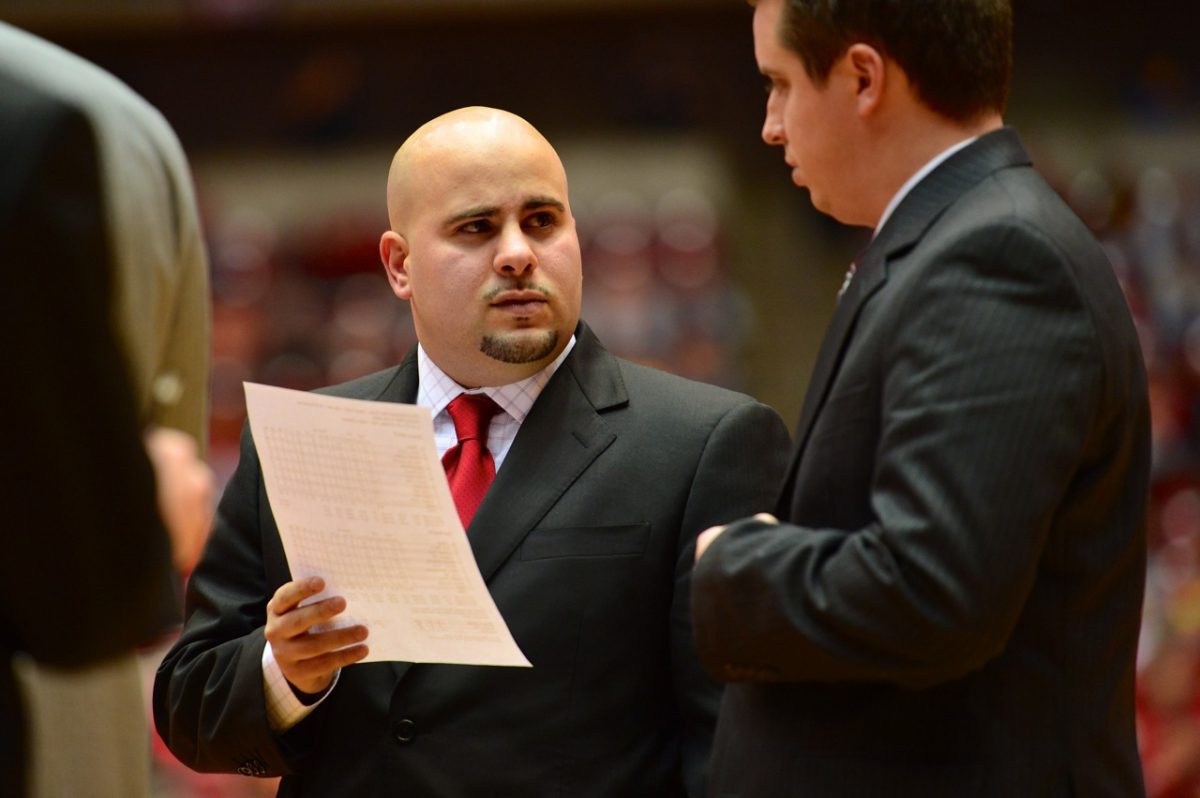 Friday was a massive day for the Iowa State basketball program. In addition to naming Doc Sadler as an assistant coach, Fred Hoiberg announced that DeAndre Kane, a 6-foot-4 combo guard out of Marshall, had signed with the program and is eligible to play next season.

Assistant coach Matt Abdelmassih was the front-man in Kane’s recruitment. Kane chose Iowa State over the likes of Memphis, Pitt and a handful of other top 25 programs that had tried to enter the mix at the final hour.

On Friday afternoon, CF caught up with Abdelmassih to discuss the signing. Here is the raw Q&A.

CF: You guys needed more depth at the point guard spot and today you signed one of the top players in all of Conference USA last season while averaging seven assists per game. How big of a deal is this signing when it comes to next year’s team?

MA:It really gives us stability and that’s not to discredit when Bubu Palo and Monte Morris can bring to the table. Bubu is as solid of a rock for us as there is. Bubu will be an instrumental piece to us winning a lot of games next year. Monte Morris, we all know how good he can be but nonetheless he is still a freshman. Freshmen go through growing pains and especially at the point guard position when it is probably the biggest transition when going from high school to high major basketball for a point guard to adjust. We knew we needed some type of buffer. We couldn’t have asked for a more talented and more stable force for us to come in and kind of steer the ship for us. We feel like he will really catapult us to where we need to be.

CF: When I think of Fred Hoiberg basketball the word “versatility” comes to my mind. Guys who can play more than one position and do more than one thing well generally succeed – the Royce White’s and Will Clyburn’s of the world. Kane seems to fit this mold as a versatile basketball player. Is that accurate?

MA:Those are the guys that we try to walk in on and recruit – guys who can create mismatches. At the end of the day, he is a mismatch nightmare. He can play the one through the three. He can be productive at different spots. He can do so many different things. That is what Fred operates with the best – versatile guys. That is what we are excited about with DeAndre. To get a quality kid like that this late and to be eligible right away is something that is a positive thing for our program. We are really, really excited about it.

CF: A guy like Kane and like Jake Anderson back in the day seems like a perfect prospect to me. They’ve graduated early and don’t have a background like some other guys might. They have put up solid stats at the mid-major level and generally are hungry to play high-major ball.

MA:He has watched. We brought up the Ohio State game and he said that he watched that game live as it was happening. He watched the Kansas Big Monday game too. He is very accustomed to Hilton Coliseum and how crazy it gets. He’s accustomed to our style of play. He did his background work on Iowa State and this program and Fred. In terms of his excitement, he is thrilled. The kid has a goal to make it to the next level. He possesses a lot of skills that guys at the next level would be really ecstatic about but at the same time, he has a lot to prove. We feel like this is a place where these transfer kids and prove it because they are given one the opportunity and two, the freedom. We know how to relate to these kids and that speaks to the success that Coach Hoiberg has had dealing with all of these transfers. They have been a tremendous cornerstone in building this program back to national prominence.

CF: He talked a lot to me about style of play. I’m no Marshall basketball guru but he told me that they don’t play much of an up-tempo game, which he is excited about playing at Iowa State. Still, he’s always averaged 15.1 points or more per season. Where is the ceiling at for a guy like this? Having said all of that, he’s about to see a spike in competition too.

MA:It is really exciting looking at his skill-set. I don’t want to blow this kid up like he is the greatest thing in the world but to get a kid on May 31 of this caliber and to have the amount of schools that really wanted him and to get him here really speaks volumes for where this program has gone in three years and where we are at going into year four under Fred. That is really the biggest thing. Fans can complain about taking risks on kids but I am pretty sure that we are batting a heck of a percentage in taking these transfers. Some had so-called suspects pasts and some not so much. There is something to be said about taking these kids and when they leave, they are better than when they came in. That’s all you can ask for with college basketball players. You want to have an impact on their lives. If they come in immature or they come in with something that they leave this place in a better spot. The success we have had with all of the guys that we have taken, we don’t see anything different with DeAndre. The excitement that we have with his ability on the basketball court is exciting. And also to be fair, the kid is going to accomplish one heck of a thing when he graduates from school. That is what you want these kids to do and DeAndre is going to be able to accomplish that. June 12 is his last class that he has to finish to graduate and that is a heck of a feat. He is the first person in his family to graduate from college. That is a great achievement. We hope those achievements can continue onto the court with us. 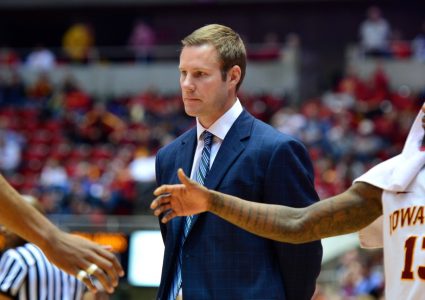