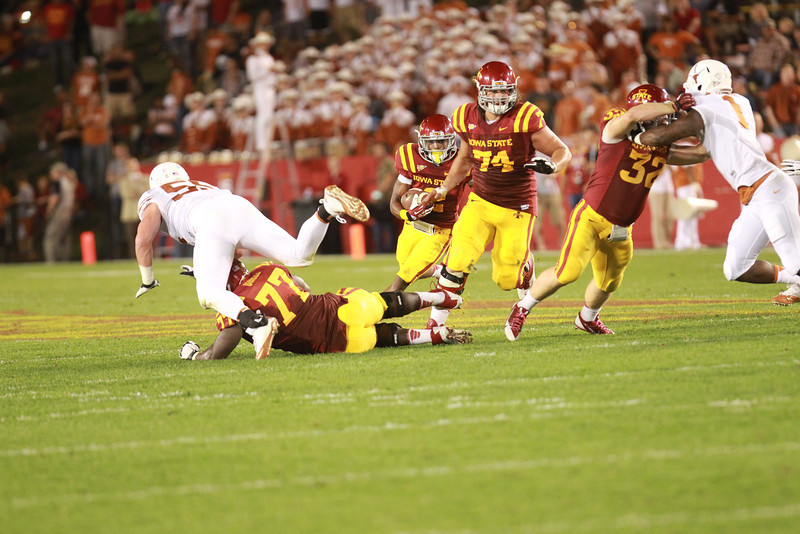 AMES — Iowa State released its updated depth chart for Saturday’s 11 a.m. kick at Texas Tech on Monday morning. There weren’t a ton of newsy items within it, but the changes are listed below. CLICK HERE to view it in its entirety.

*** Sophomore Oni Omoile has earned the top spot at SG. Omoile started over senior Ethan Tuftee in the Texas game. Tuftee has started 25 games in his career at Iowa State.

*** Sophomore Jamison Lalk is back on Iowa State’s depth chart, listed at No. 2 OG behind Daniel Burton. Lalk left the Iowa game early with a sprained MCL.

*** E.J. Bibbs is still listed as Iowa State’s starter at tight end but behind him is only one name instead of two. Instead of Ernst Brun (or) Ben Boesen, it’s now only Ernst Brun, who has been recovering from "body cramping" that he suffered vs. UNI in week one.