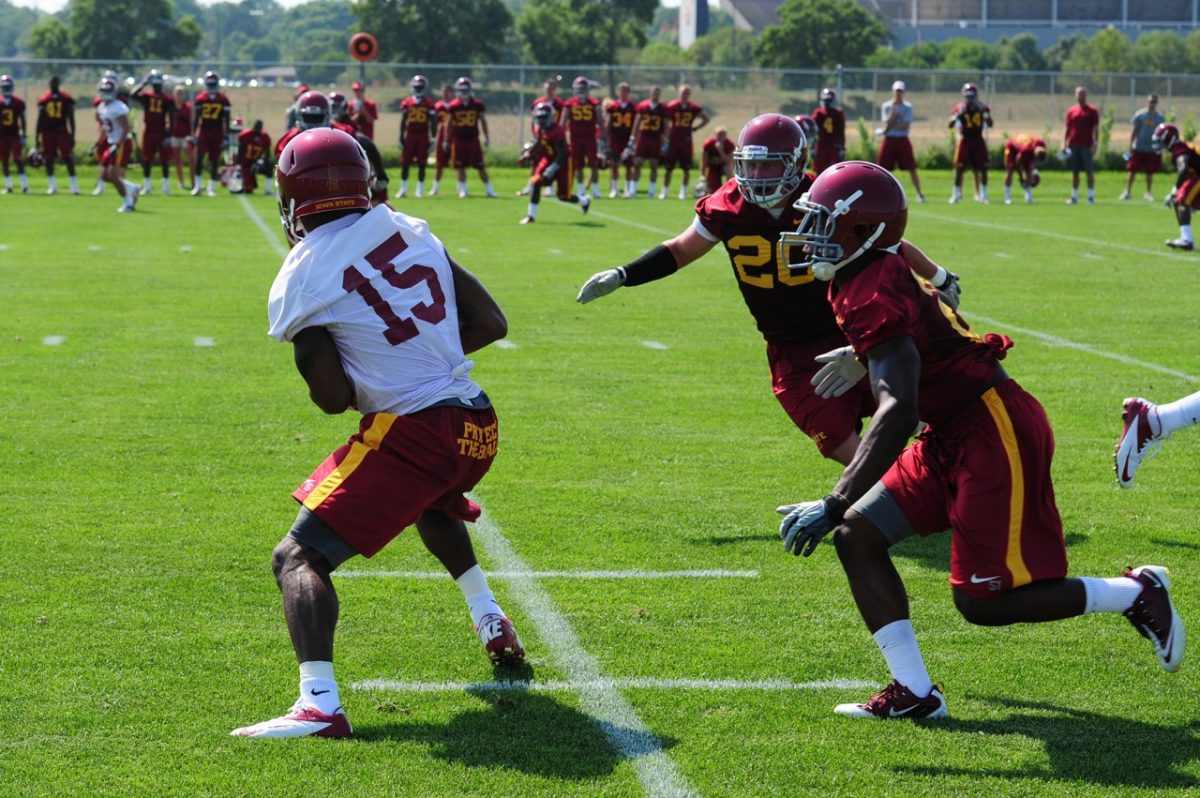 Game week is here. You know what that means…

CLICK HERE to view our depth chart at Cyclone Fanatic.

You can view it on Cyclones.com by CLICKING HERE.

— Courtney Messingham and Paul Rhoads did a number on this two-deep at the wide receiver position. Redshirt freshman Quenton Bondrage was listed as a starter going into fall camp but senior Chris Young emerged as the man who won that specfic job.

In addition to that, Aaron Horne beat out Jarvis West and Albert Gary in the slot. There’s a big "OR" between Gary and West for second string.

As expected, Josh Lenz won the other starting job, with former quarterback Jerome Tiller listed as his backup.

— Surprisingly, senior Ricky Howard beat out fellow senior Kurt Hammerschmidt at tight end. There’s an "OR" between Hammerschmidt and junior Ernst Brun at second string. Take this one with a grain of salt though as all three men will likely be used in different situations.

— Kyle Lichtenberg and Jacob Gannon have an "OR" between them at right guard. Like tight end, being "No. 1" is a bit of a formality at this position. Both will play, a lot at that.

— James White is listed as Iowa State’s starting running back. Jeff Woody, Shontrelle Johnson and DeVondrick Nealy are listed behind him (in that order).

As expected, there wasn’t nearly the amount of movement on Iowa State’s defensive depth chart as we approach Saturday afternoon. Some notes include…

— Senior Henry Simon is listed ahead of junior Walter Woods III at nose guard. That was a bit of a surprise to me.

— Senior Rony Nelson made his depth chart debut for the 2012 season at third string defensive end behind Roosevelt Maggitt and Nick Kron. Elsewhere at defensive end, Willie Scott got the nod over David Irving and Cory Morrissey.

— Paul Rhoads still hasn’t made a decision on a starting kicker. Edwin Arceo and Cole Netten have an "OR" between their names.

— Jarvis West and Aaron Horne will handle Iowa State’s kick returning duties this Saturday. Josh Lenz will be the man at punt return.