Florida’s Bridget Sloan won the beam competition with a 9.900 score.

“(Shealy’s) performance is not only historic but it has a lot of meaning to me,” Iowa State head coach Jay Ronanye said. “It shows that our program is heading in the right direction, and I could not be more proud of Michelle.”

Shealy’s 9.8375 score was the highest mark produced by a Cyclone on beam at the event finals in program history.

“I did what I always do on my beam routines,” Shealy said. “Once I hit my routine I was really excited because I knew I did well. I didn’t know I was fifth until I got to the podium but once I learned I was fifth I was ecstatic.  I am already excited about next season, and I can’t wait to have the whole team qualify to nationals.” 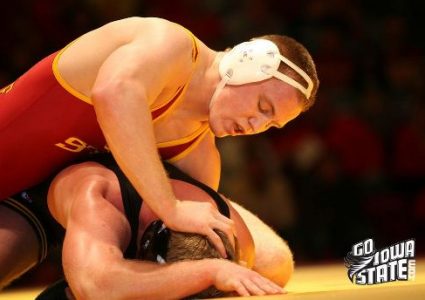