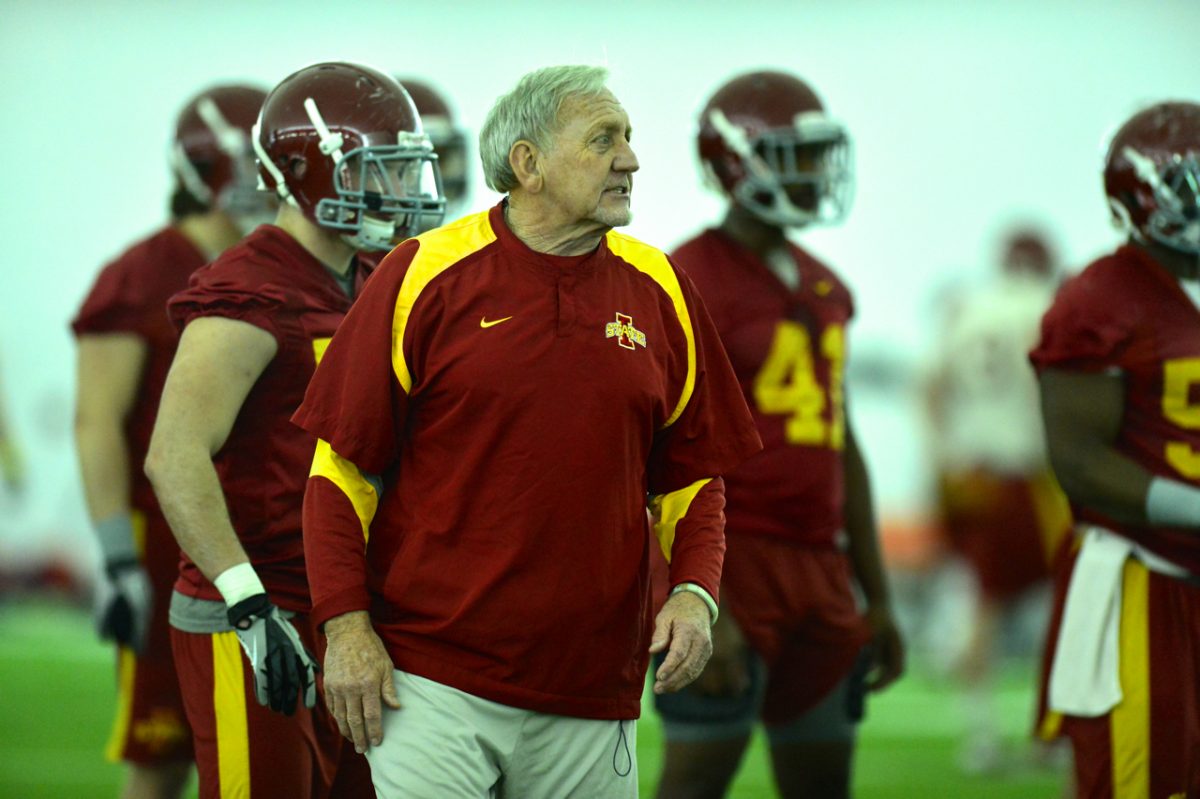 You know often times after bad football losses, my pal Jack Whitver (and Cyclone Reaction co-host) and I joke around that we feel more like shrinks for Iowa State fans than broadcasters.

It is my favorite part of my job here at Cyclone Fanatic, and on the Cyclone Radio Network – talking with, sometimes dealing with, and most importantly, meeting you fanatics.

It is April 8 and I’m already feeling a bit of a minor meltdown regarding the 2013 Iowa State football season.

The Cyclones held their first scrimmage of the spring on Saturday and the videos that you all watched on CFTV over the weekend weren’t exactly what I’d call glowing endorsements for a run at a Big 12 championship.

Wally Burnham referred to his young defense as “ragged.”

Courtney Messingham openly admitted that his quarterbacks haven’t been as accurate as he had hoped for.

Paul Rhoads did what the head coach is supposed to do – he played it down the middle (Let me add that I really felt like Rhoads was being honest in that assessment too. CPR isn’t a big coach speak guy).

So now for Psych 101 here at Cyclone Fanatic.

Just relax. If you’re melting down right now, I’m not quite sure what you were expecting to hear.

On offense, Iowa State has two quarterbacks that have combined to start two games in their careers, a new offensive line coach and an abundance of youth at wide receiver.

On defense, Wally Burnham’s starting front four (as of today) consists of 13 combined starts, all by one man, Willie Scott. And oh yeah, somehow Iowa State has to replace Jake Knott and A.J. Klein at linebacker.

Of course this spring has been rocky so far. As they (who are they?) say, Rome wasn’t built in a week. Neither was Paul Rhoads’ Big 12 championship (we hope) football program at Iowa State. There is work that needs to be done.

Here is the great thing about this football season – while getting to a bowl game will be an incredible challenge (when isn’t it?), we do know that the talent is there. It is just young talent. This isn’t a scenario like in 2006 when you pretty much knew that if Dan McCarney didn’t lead his Clones to a bowl game, the next two years were going to be dismal.

Regardless of what happens in 2013, 2014 and 2015 already look special to me. If guys like Collin Bevins and Pierre Aka take their lumps as redshirt freshmen on the defensive line this season, they will be better for it down the road. You can find examples similar to that that across the board. Young guys are going to play in 2013. How they grow/learn from that early experience could dictate the near future of Rhoads’ program.

So please, do not put too much stock into what you’re watching and reading coming out of these practices. Of course they are important – spring football always is, especially with a team this young. But if you thought that this was going to be a smooth spring, you were simply being unrealistic.

It is all a process.

Hopefully the Cyclones wow us on April 20 at the Cyclone Gridiron Club Spring Game.

And if they don’t, it just isn’t that big of a deal.

*** One more note on Wally Burnham – even when he had Knott and Klein, I’m not sure I ever remember the veteran coordinator being happy with the defense.

*** I get the concerns about the defense, but do you think I am crazy for really thinking that the offense will once again be the key? If you want to win consistently in the Big 12, you have to score more than 24 points per game (which is what Iowa State averaged last season – ranking the Cyclones 85th nationally), regardless of how good your defense is.

*** When I think of Wally Burnham, I think of a man whose strength as a coach is doing more with less . That bodes well for this season does it not?

*** I think that Iowa State knows for the most part what it has at quarterback, running back at tight end. The offensive line and the wide receivers are the wildcards. These two positions have fascinated me this spring. A lot of moving parts… That is one massive candy bar!

*** Today marks the 2013 home opener for the Kansas City Royals. I know – this is an Iowa State blog. You don’t want to read about the Royals here. But I want to honor my late Grandma Jean by making a point of how much the voice of Kansas City’s legendary broadcaster Denny Matthews means to me.

My wife has what she calls “comfort foods” and “comfort movies” that she turns to during rough times.

Full disclosure – the Atlanta Braves are and always have been my favorite team (I’m of the TBS generation – Ted Turner sucked me right in) – but Kansas City Royals baseball and specifically, radio broadcasts, are what I’d call my go-to comfort form of media.

When I went to college, I coughed up the 15 bucks or so and bought the MLB GameDay Audio package – just to listen to Royals baseball. As a somewhat scared 19-year old entering the real world for the first time (what kid that age isn’t?), this was like taking a little bit of home to Ames with me.

Hearing Denny’s voice today made me miss my grandma a lot, but remember all of the good times too.

So for grandma, the biggest sports fan I have ever met in my life, go Royals! 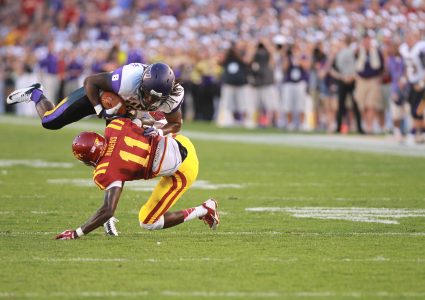