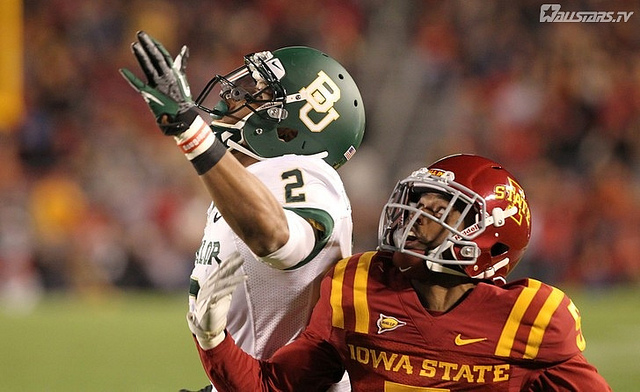 This really is the most wonderful time of the year.

The bowl season kicks off on Saturday and if you care or not, here are my predictions based off of confidence points for every game of college football’s postseason. It’s still not too late to join our Cyclone Fanatic Bowl Pick’Em group over at Yahoo either. It’s simple. CLICK HERE.

35 – Oklahoma State over Purdue in the Heart of Dallas Bowl

The nation’s fourth ranked scoring offense vs. the nation’s 71st ranked scoring defense – and remember that Purdue put up those numbers playing in the not-so high-flying Big Ten. Oklahoma State will be without offensive coordinator Todd Monken (he just got the head coaching job at Southern Miss) and due to the Cowboys dropping as much as they did in the Big 12’s bowl pecking order, they might not be too excited about a vanilla match-up with the Boilermakers. But even so, I don’t see a scenario in which a Purdue team without a head coach that lost five in a row at one point in the season wins this game.

34 – Florida State over Northern Illinois in the Orange Bowl

This isn’t Boise State or Utah from years ago. Those were elite mid-majors. This is Northern Illinois, a one loss team from the MAC. Like with Oklahoma State, you have to have a thought in the back of your mind that the Seminoles might not be too jacked up for this one but still, that FSU defensive front is one of the best in the game and should wreak havoc on the Huskies.

Minnesota’s lost six of eight games down the stretch and boasts the 111th ranked defense in college football. Sure, there is uncertainty in Lubbock with the recent departure of Tommy Tuberville but something tells me the Red Raiders will feel spurned by their former coach. Instead of being down, you just might get the opposite from Tech. That’s what I’m banking on at least. That and the fact that Minnesota just isn’t very good.

32 – Georgia over Nebraska in the Capital One Bowl

The Skers, who just gave up 70 to Wisconsin in the Big Ten Championship game, rank 105th in America in turnover margin. Put Taylor Martinez up against a stout SEC defense and what do you get? A laugher in Orlando. That’s what.

31 – Florida over Louisville in the Sugar Bowl

A one loss SEC team vs. a two loss Big East team. Florida’s sixth ranked rush defense will literally make it impossible for Louisville’s 98th ranked rush offense to move the ball on the ground. When (not if) that Big East team becomes one-dimensional, watch out.

30 – Utah State over Toledo in the Idaho Potato Bowl

Here’s a fun one for you degenerates out there. Utah State is 11-1 at hitting the OVER on the season. The Aggies are 10-2 against the spread. Poor Vegas has had a hell of a time figuring out this team.

29 – Vanderbilt over N.C. State in the Music City Bowl

Did you know: That Vandy has won six straight? It’s a battled tested, well-rounded football team that shouldn’t have any problems winning in Nashville over a 7-5 ACC squad.

28 – Arizona over Nevada in the New Mexico

The Wolfpack has lost four of five to end the season. Rich Rod (and Arizona’s 15th ranked rush offense) will do work on Nevada’s 111th ranked rush defense. This one is a match-up nightmare for Nevada.

Fresno’s three losses on the season were at Oregon, at Tulsa and at Boise. This team shouldn’t lose to a 6-6 SMU team.

26 – West Virginia over Syracuse in the Pinstripe Bowl

Closer than most think but even so, I find it hard to believe that the Orange can/will outscore West Virginia. Should be a fun one at Yankee Stadium.

25 – Alabama over Notre Dame in the BCS Championship Game

Yeah that’s right. I’ve got the Tide winning another National Championship all the way up at No. 25. Notre Dame’s top-ranked scoring defense demands respect. But there’s something about a triple-OT win over Pitt and that controversial OT win over Stanford that I can’t get out of my mind. Notre Dame deserves to be there but at the same time, the luck of the Irish has been on its side all year. Roll tide roll.

24 – Stanford over Wisconsin in the Rose Bowl

The Cardinal ended the season by winning seven straight. Add to that the weakness of the Big Ten and the fact that Wisconsin is playing without its coach. I expect a spirited performance by the Badgers but not a victory over one of the hottest teams in college football.

23 – USC over Georgia Tech in the Sun Bowl

If the Trojans just show up at all, they’ll win this football game. However when you look at their season as a whole, that is a somewhat concerning statement.

22 – Iowa State over Tulsa in the Liberty Bowl

We’ve already seen this game once. Iowa State won comfortably at home. Since then, the Cyclones managed to get to 6-6 in a brutal Big 12 while the Golden Hurricanes won Conference USA. I’ve actually kept a pretty close eye on Tulsa all season long and think that Wally Burnham will have his way with this run-oriented football team for the second time this season.

21 – Arizona State over Navy in the Fight Hunger Bowl

Vegas has the Sun-Devils pegged as one of the largest favorites in the bowl season. However when you consider that Arizona State lost four of six to send the season, this one makes me a little bit nervous.

20 – Oregon over Kansas State in the Fiesta Bowl

Remember what Baylor did to Kansas State? Oregon does the same thing, but better. As much as it pains me to pick against my boy Bill Snyder, I’m doing so.

19 – Northwestern over Mississippi State in the Gator Bowl

The Wildcats are 11-1 this year against the spread. They enter this game as a two-point dog. Yes. I’ll take the Big Ten over the SEC in this one.

18 – Louisiana-Monroe over Ohio in the Independence Bowl

Two 8-4 non-AQ schools but one 8-4 looks a lot more impressive than the other. Ohio has lost three straight.

17 – Mississippi over Pittsburgh in the BBVA Compass Bowl

16 – Louisiana-Lafayette over East Carolina in the New Orleans Bowl

Because I love those non-AQ Louisiana teams. Lafayette played Florida to the wire on Nov. 10.

Something tells me that Ball State’s 103rd ranked defense will struggle against a UCF offense that is averaging over 35 points per game.

14 – San Jose State over Bowling Green in the Military Bowl

The Spartans are 10-2 but playing without head coach Mike MacIntyre who took the Colorado job. The coaching question is a concern but this football team is simply better than Bowling Green. This one could go either way but San Jose State is the safe pick here.

13 – South Carolina over Michigan in the Outback Bowl

This one makes me nervous as Michigan’s four losses are to Alabama, Notre Dame, Nebraska and Ohio State. Still, it’s a good SEC program vs. the Big Ten.

12 – Boise St. over Washington in the MAACO Bowl

11 – Kent State over Arkansas State in the GoDaddy.com Bowl

Will Kent State rebound from that devestating loss in the MAC title game? I say yes.

10 – TCU over Michigan State in the Buffalo Wild Wings Bowl

Two strong defenses should put on a great show in Tempe.

9 – Rutgers over Virginia Tech in the Russell Athletic Bowl

8 – Central Michigan over Western Kentucky in the Little Caesars Bowl

Western Kentucky has dropped four of six and this is like a home game for the Chippewas.

7 – San Diego State over BYU in the Poinsettia Bowl

The Aztecs have won seven in a row including a victory at Boise.

6 – Rice over Air Force in the Armed Forces Bowl

Rice has won four in a row. Air Force has lost three of four.

5 – UCLA over Baylor in the Holiday Bowl

It’s tough to pick against Baylor when you consider that the Bears have won three straight to end the season. It’s a match-up of two great offenses vs. two bad defenses. However, Baylor’s defense is worse than UCLA’s and Art Briles is 1-4 in bowl games.

4 – LSU over Clemson in the Chick-fil-A Bowl

3 – Duke over Cincinnati in the Belk Bowl

Things I thought I’d never do: Pick Duke to win a bowl game.

2 – Oklahoma over Texas A&M in the Cotton Bowl

Another Big 12 homer pick. However, you need to consider that Oklahoma’s two losses were to Kansas State and Notre Dame – two top five teams. A&M can say the same thing with its losses coming to Florida and LSU – not top five teams but formidable.

1 – Texas over Oregon State in the Alamo Bowl

Have you watched Texas this year? Without its offensive coordinator, which team shows up? Oregon State’s Mike Riley is 5-1 coaching in bowl games but he’s flirting with Wisconsin. Give me the Horns in the state of Texas with no confidence at all. 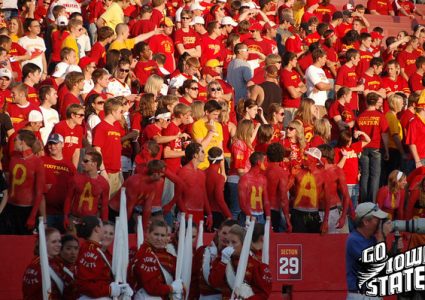 Blog: Bowl games that mean something