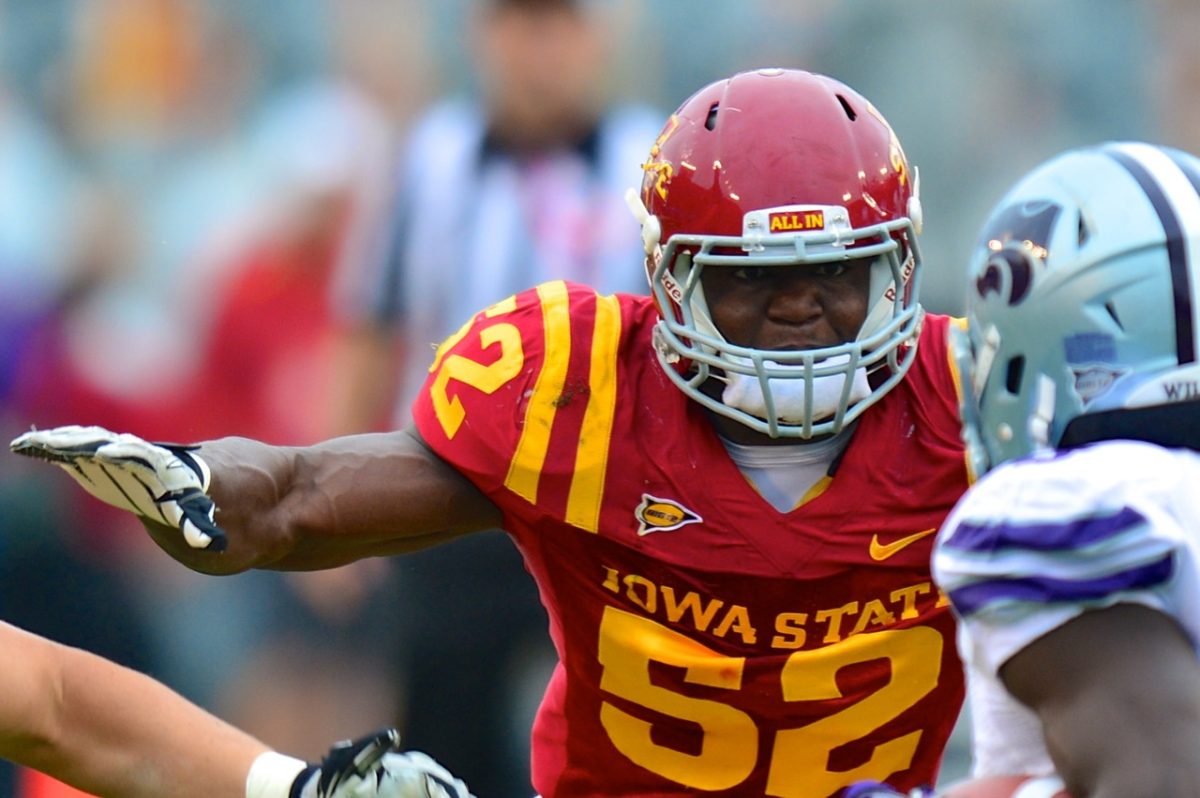 One by one, the men in Cyclone sweat-suits hobbled off the bus and into the Austin, Texas airport. It was a mash unit of sorts; each dragging the effects of another Big 12 battle. It became apparent just how grueling of game college football can be. Life is not easy in the Big 12 and it is even more difficult without a bye week during conference play. Seven straight weeks these ‘fellas have grinded against the best and most physically imposing competition in America, and the cumulative damage is adding up. Iowa State and Texas Tech are the only two schools in the Big 12 who have to play nine straight Big 12 games. It is no mystery that the two schools have combined to lose six of their last eight games.

The headliner of the hardship is Jake Knott, but others on the roster are fighting through immense pain as well. Battered and bruised is an understatement.

Opponents are in no mood to show anyone mercy. And they are exploiting the Cyclones in every facet.

The menacing Cyclone defense has been a step slower to get to the quarterback and opponents are feasting on the extra time. The Cyclones recorded 13 sacks in the first six games of the season. They have registered only one sack in the last four games. The lack of pressure is putting the secondary on a lonely island and this isn’t the jocular Saturday Night Live "Lonely Island" (The Michael Bolton Jack Sparrow song deserves some Grammy recognition). Here are the opponent’s passing totals the last four games:

So if you are scoring at home, in the last four, opponents are throwing for an average of 408 yards on 70 percent completion percentage. The four straight games of having an opponent throw for over 380 yards passing is a first in Cyclone history. In fact, all four of the games are now in the top 15 of worst pass defense performances in the Iowa State record books:

The good news for Wally Burnham’s crew is passing yards have not equated to an over-abundance of points. The "bend-but-don’t-break" cliché is an actual Cyclone strategy and it is working as the defense has actually held each of those opponents well under their respective season averages for points.

And therein lies the riddle of this squad, the defense remains a secondary concern to the woeful production on the offensive end.

No more was that apparent than the 2nd half of the Texas game. The Longhorns had a defense that was allowing almost 24 first downs a game and well over 30 points. Iowa State had an opportunity trailing by just 13 at the half and with some momentum after moving the ball with efficiency before the break.

But the wheels came off. Up until the last two minutes of the 4th quarter, the Cyclones had mustered just one first down in the second half and a mere 40 yards. The seven points Iowa State scored was the 2nd worst offensive output by a Big 12 team in conference play. Only Kansas’ six points against TCU was worse. (The Jayhawks also put up seven points against Oklahoma.)

Ten games into the season and Iowa State hasn’t been able to find a consistent method to move the ball. The offense is now last in the conference, putting up a pedestrian 320 yards per game in conference play, trailing ninth place Kansas by 40 yards and first place Baylor by 240 yards. In a conference with modern weaponry, Iowa State is having to scratch and claw with 19th century means.

And it isn’t as if the Cyclone offensive coaches are bludgeoning their head against the wall, attempting the same thing over and over. They have tried a variety of formations, multiple quarterbacks, utilized almost all of the skill guys and also included some gadgetry. Yet each time it appears things are on track, a missed throw, catch or assignment unravels the whole operation. It feels like the Iowa State offense is playing some impossible game of Jenga.

Amazingly enough, the Cyclones can STILL win seven games. They are the only team in college football ranked 90th or worse in both total offense and total defense to have five or more wins. That says something about the grit and toughness of this team to find ways to win.

That said, time is running out. It is easy and understandable to focus on the mishaps of the past several weeks. As the old adage says, "Excuses are the nails used to build a house of failure." The bruises are a reminder of battles already waged, but even those go away. We have now reached the back-stretch, the marathon reduced to a final sprint with a legacy on the line.

A very select group of Cyclones have reached three bowl games in four years. For a program that continues to grow, being bowl eligible each year needs to be the baseline. And with two winnable games remaining, there is a chance to add some bricks to the foundation, stats be damned.

It all starts in Lawrence, a place Iowa State hasn’t won since Usher’s "You Got it Bad" topped the music charts in 2001. A place where Cyclone dreams of a Big 12 North title were destroyed in 2005 in the most Cyclone-tragic way possible.

Eight quarters separate Iowa State from the average of the past. Nothing has been easy for this 2012 squad, they have had to struggle for every inch. No matter what happens the final two games, this team will earn everything. Don’t close the book on these guys yet, there are a few chapters to be written. Loyal sons forever true. 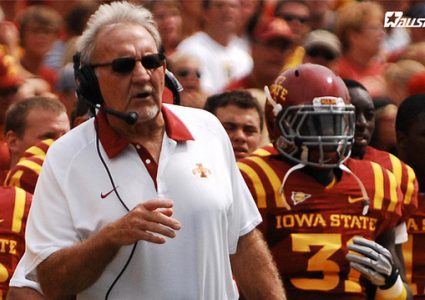