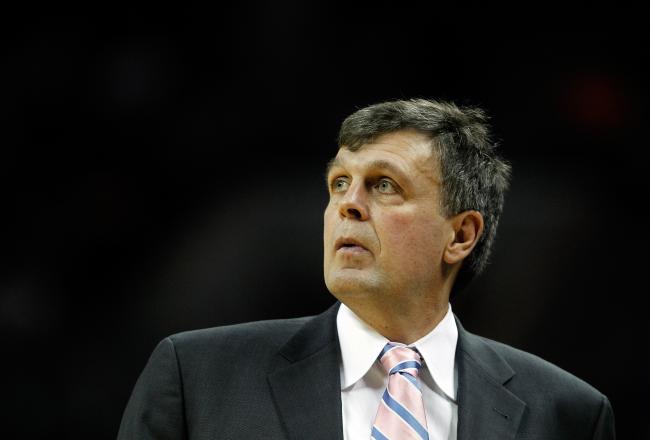 Royce White again exceeded most expectations by being selected 16th in the Draft by the Houston Rockets. It was a great night for him and for Cyclone Basketball.

But now is when the real work begins. As Craig Brackins rudely found out a few years ago (Brackins was released by the Sixers this month), the mystique and celebration of Draft night is over and the business of NBA basketball begins immediately. The average career of an NBA player is four years. Players like Royce that are selected in the first round are guaranteed only two years on their contracts, and the team that selected them has an option to pick up their contracts in years three and four. So it is best to make an impact and hit the ground running as soon as possible.

So what is next?

Assuming there are no trades involving Royce in the near future – and by all accounts the Rockets plan on keeping him – the next step is to get acclimated with some of his young Houston teammates during the NBA summer league. There are two summer leagues the NBA holds, one in Orlando and one in Las Vegas. Houston participates in the Las Vegas version. The Vegas summer league will get underway July 13. In the summer league, rookies and second year players for teams get paired up with free agents (guys like Brackins and Diante Garrett) that are trying to secure contracts. Teams play six or seven games during their 10 day stay in Las Vegas.

Expect Royce to get a lot of playing time in Las Vegas as teams like to find out what exactly they have with their first round selections. If Kentucky’s Terrence Jones stays with the Rockets as well, it will be very entertaining to see who gets more minutes. These two will be battling for an active roster spot and playing time right from the jump.

After summer league, players move onto involuntary work-outs that begin in September, followed by training camp in October.

So how much of an impact can Royce have right away with Houston? There is no question his body his NBA ready and his play-making skills will also fit in comfortably. That said, Houston has a bit of a log-jam with young forwards. Along with White and Terrence Jones in this year’s draft, they selected Kansas’ Marcus Morris 14th overall in 2011 and Patrick Patterson 14th overall in 2010. They also made a trade this week getting young forwards John Brockman and Jon Leuer from Milwaukee.

The Rockets also have NBA veteran Luis Scola under contract for three more years at the power forward position. By my count, that is seven big forwards competing for a limited number of spots. NBA teams are allowed to have 15 members on their roster but only 12 players can be “active” and play in a given game and they obviously need to mix in some guards as well. So while Royce can’t be cut, there is still a big competition to earn an active spot and get minutes.

But Houston’s strategy in recent years has been to compile as much athleticism and skill as possible and Royce fits that mold. They want to play an extremely up-tempo style. The Rockets were ninth out of 30 teams in points per game at just a shade under 100 last year. They only have one traditional center on the roster in Marcus Camby, who is a free agent that they plan to re-sign. They will mix and match in the front-court and like big men that can run. If Royce does earn an active roster spot come November, he should get an opportunity to play as the Rockets utilize their entire bench unlike most NBA teams. Nobody on the Rockets played more than 32 minutes per game last season-for comparison Kobe and Durant each played nearly 40 minutes per game. The Rockets don’t have a “super-star” but they are very deep and throw a lot of bodies at teams.

Also, Rockets coach Kevin McHale is not afraid to play his young talent if they produce. Guard/Forward Chandler Parsons was a second round selection in last year’s draft (second round picks rarely contribute much at all in their rookie years) yet Parsons started 57 of the Rockets 63 games and made the NBA All-Rookie Second team.

Long story short, Royce is the perfect match for the Rockets frenetic, versatile style and if he gets the opportunity, I think he will take full advantage and be a productive player for the Houston franchise as soon as this upcoming season. It will be a blast to follow his journey.

Royce White drafted by Houston at No. 16