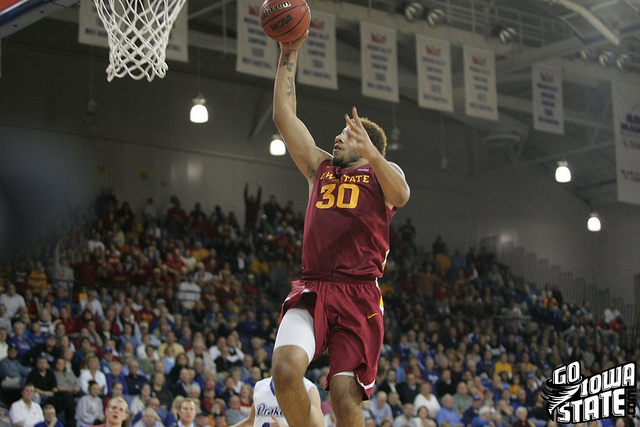 Sixteenth. The Houston Rockets selected Royce White with the 16th pick in the 2012 NBA Draft. Heading into the evening, the thought of White going at No. 16 would have been a best-case scenario for the guy who led Iowa State in five statistical categories during his sophomore campaign.

Things actually got pretty intense inside of Fred Hoiberg’s office at the Sukup Practice Facility about 15 minutes before the pick went down.

"It was scary," said Iowa State assistant coach Matt Abdelmassih. "It just seemed like teams that were highly interested in him two hours ago all of the sudden started pulling out for some reason. He was getting anxious just like anybody would."

“I was having an hour and 45 minute panic attack up there,” White told reporters shortly after the pick was made. “When my name was called, the feeling was similar to when the (airplane’s) wheels touch down in a city at that airport. It was great. The emotions swelled from 21 years of trying to get here.”

Hoiberg had a decent idea that White’s name would be called after Milwaukee selected John Henson with the 14th pick. That’s when Houston’s head coach and Hoiberg’s former coach Kevin McHale texted "The Mayor" the news.

"It was nerve-racking," said Hoiberg. "I was going back and forth with his agent who I know very well and back and forth with several teams. We heard at one point that Houston might be off of him. To hear Kevin McHale say that he was going to take him, that was a huge relief. My heart was pounding, which isn’t good considering I have a heart condition."

The overall feel is that the basketball atmosphere in Houston will be similar to what White has been experiencing in Ames for the past two years. Hoiberg’s close friendship with McHale played a major part in how this went down.

"Royce will succeed anywhere where he has trust and knows that somebody has his back," said Abdelmassih. "We know where are sending him basically home. That’s home for us. Kevin McHale is home. It’s perfect."

That’s all off the court stuff. Ever since Hoiberg landed his current job in Ames, he’s openly discussed how he’s molded his coaching style based off of guys he has played for in the past. This is one example.

"It couldn’t be any better just because of the innovative style that Kevin McHale plays," said Abdelmassih. "Out of the box like post, kind of like Fred."

White plans on flying to Houston first thing on Friday morning. He’ll be formally introduced as a Houston Rocking in a 12 p.m. press conference. 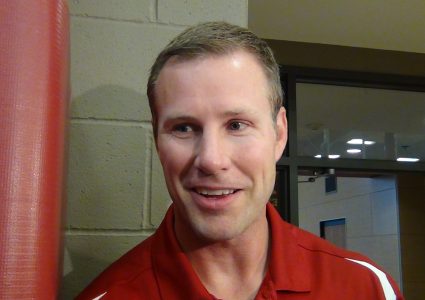 Royce White drafted by Houston at No. 16