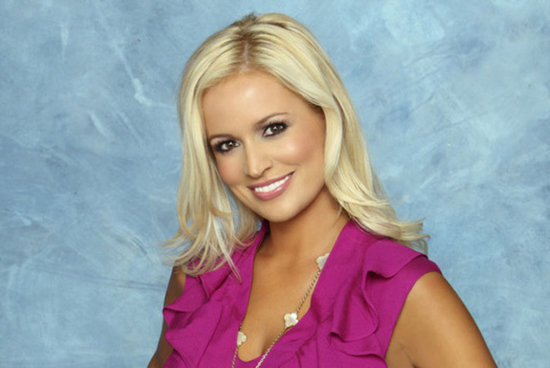 As the world turns…Or the Big 12 Conference that is.

Isn’t it nice for this league to be on the positive side of the conference realignment saga for once? I’ll never forget what last July was like. I jumped in a plane, headed to Dallas and was anxious for the unofficial start of the college football season, also known as conference media days.

The Longhorn Network was about to fire up. Texas A&M was angry. Oklahoma is always angry. Missouri was Missouri (good riddance). The first night we (media) were in Dallas, the Big 12 put on a not so clever dog and pony show in attempt to prove how stable the league actually was. I cannot put into words as to how ridiculous this 30 minute display was. A fancy video was played. Hired talent interviewed then commish Dan Beebe. All of the league’s coaches (minus Texas Tech’s Tommy Tuberville for some odd reason) stood on a stage and were forced to smile.

As a naive young journalist, I learned something that night. If a conference has to to put on a production like that to prove that the league is stable, the league isn’t actually stable.

So we all left Dallas and within weeks, all hell broke loose. For the second time in two years, the Big 12 was on the verge of blowing up again and we all know what what that means.

Chip Brown was a superstar again. Missouri and Texas A&M jumped at their first opportunity. Texas decided that it wanted to save the league (Texas never really wanted to go anywhere by the way). The Big 12 canned Dan Beebe (this guy didn’t get fired, he got canned). Bring on the Mountaineers and the Horned Frogs. So here we are today.

Bob Bowlsby, COME ON DOWN…YOU’RE THE NEXT CONTESTANT ON THE PRICE IS….You get my point.

Yes, Mr. Bowlsby is a former AD at the University of Iowa. I get and appreciate the fact that you are all Cyclone Fanatics (hence the name of our website) but forget about the Hawkeye thing. Bob Bowlsby is an IOWA NATIVE and he’s also the Big 12’s new commissioner. This is a good thing.

When the Big 12 snagged Bowlsby, who is one of America’s most respected administrators last week, I kind of viewed that introductory press conference as one giant middle finger to the rest of the college sports world. Not in an overly negative way (I can see how you’d take it like that). But in a, "try screwing with us now," kind of way.

With the league’s current schools granting television rights to the conference for six years, an upcoming tier-one television contract about to be renewed and expansion on the mind, the Big 12 appears to be as strong as ever.

A conference that was once looked upon as prey is now a fairly deadly predator. And for every Iowa State fan that lost sleep and bit off every fingernail on his/her hand over the last two years, it feels damn good to not have to worry for once.

Something tells me that Kansas State doesn’t view Iowa State as a hated rival. The Wildcats haven’t lost to the Cyclones since the 2007/08 season. Sure – the schools have a lot in common and with this new look Big 12 (both schools lost Missouri), something could very well develop in the future. But I’m a firm believer that you can’t fabricate a rivalry. Rivalries are either natural or something happens to create one. You can’t just draw West Virginia out of a hat and say, "you guys want to be our rival?"

It doesn’t work that way. When Nebraska joined the Big Ten, Iowa was their rival. There was no need to think about it. That’s just the way that it was. That one was natural.

Kansas State and Iowa State have been playing each other since 1917. This "rivalry" hasn’t taken off yet. I agree that with the new shape of the Big 12, it’s a strong possibility but you can’t force it. Both schools are better off just letting things play out as naturally as possible.

When Lockett’s mentor/guy helping you make the decision is a Milwaukee native and an AAU coach to boot, the odds were always stacked against Iowa State going head-to-head with Marquette in this particular situation.

— Now that Lockett is out of the picture, Iowa State currently has two scholarships open for next season. I’d now put my mortgage on Bubu Palo receiving one of them.

Who else? I honestly have no clue what is going on inside of Jarrod Uthoff’s mind right now. The former Wisconsin Badger visited Iowa State late last week. I spoke to him on Friday afternoon and as he’s done since he was originally making his college decision in high school, Uthoff is playing this thing pretty close to his vest.

I think that Creighton and Iowa State both have legitimate shots to land his services. But the more visits he goes on, the lower those percentages get in my opinion. That has nothing to do with Uthoff either. It’s just a trend that I’ve noticed since covering recruiting for almost nine years now.

— Ten years ago today, one of the greatest press conferences of all-time was dropped by one of my favorite basketball players of all-time…Ladies and gentlemen of the Cyclone Nation, let’s take a few minutes and pay homage to the great Allen Iverson.

— One week from today, The Bachelorette will make its season debut. Who’s jacked up for that? I know my wife is. I can’t get too excited though. This Emily gal seems pretty normal to me. I don’t see a situation ahead of us with crazy drama, which is really the only reason to watch this show is it not? — And finally, thanks to Eric Church for finally telling the truth about music reality shows. I found this quote from his recent interview with Rolling Stone about NBC’s "The Voice" to be especially true:

Tru dat. I’m out. Have a great week Cyclone Nation.