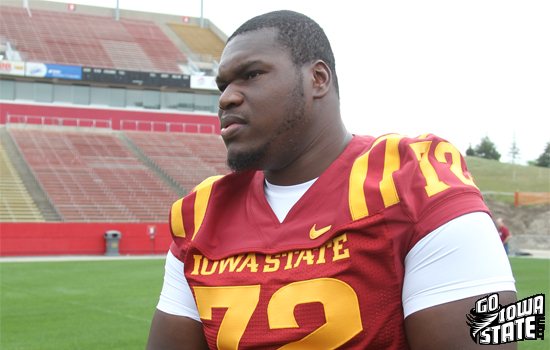 A dream came true on Friday night. That’s when former Iowa State offensive lineman Kelechi Osemele was selected by the Baltimore Ravens with the 60th pick (2nd round) of the 2012 NFL Draft.

Per an Iowa State press release, "Osemele was Iowa State’s first second round pick since Keith Sims in 1990. Sims was the 39th player chosen overall. The 6-6, 333-pound Osemele was a consensus first-team All-Big 12 honoree by the league’s writers and coaches in 2011."

— Osemele is going to spend his first paycheck on fixing up his mom’s house, writes Randy Peterson of the Des Moines Register.

— Some analysis on the pick from Mike Preston of the Baltimore Sun.

— More from the Sun…

Kelechi Osemele is going to get paid