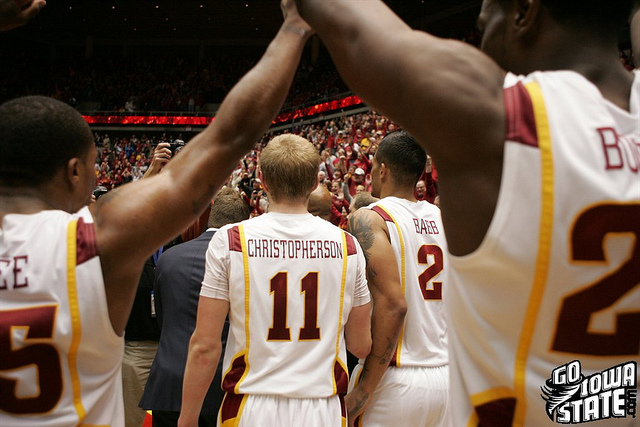 At what point in those games did the Cyclones play their best basketball?

Down the stretch. In the clutch.

Now, think back to the non-conference portion of the season. When was Iowa State at its worst?

Down the stretch. In the clutch.

“It does show the maturity of this team," said head coach Fred Hoiberg after Tuesday night’s 72-70 win over Kansas State. "It’s growing. They’re coming together. Guys talked about it up here tonight, about trusting each other. You can see it on the floor. When it’s crunch time, with those plays that we made you can see that the trust is there.”

Chris Allen went so far to joke that if his team had gotten down 14 points with 14 minutes to play to a Kansas State caliber of opponent earlier in the season that the Cyclones would have lost by 30.

I agree with Allen. His analysis was spot on. The good news for the Cyclone Nation is that this isn’t the same basketball team as the one we watched back then.

“You can see the growth from where we were earlier in the season," said Royce White. "We’re a brand new team together, playing together for the first time and we’re still hashing stuff out. Every game is a learning experience.”

INTENSE: That was as physical of a game as I’ve seen in a long time. You always hear NBA announces use the cliche’ that it "feels like a playoff game here tonight."

Tuesday’s atmosphere inside of a nearly sold out Hilton Coliseum felt like a nasty street fight between two bitter rivals.

Coming back from a 14 point deficit in 15 minutes to win against anybody is impressive. Doing it against this Kansas State team is remarkable. Trailing the Wildcats by 14 is like being down by 25 to most.

TIP OF THE HAT: To junior Chris Babb. After the game, Fred Hoiberg said that he had intended to give his defensive ace a little more rest after playing 40 minutes in Saturday’s win over Kansas.

Those four minutes should do wonders…Babb played 36 minutes, holding Kansas State’s Rodney McGruder to a 5-16, 11 point performance. According to Hoiberg, Babb is currently playing with a massive blister on his foot. Couldn’t tell.

TOURNEY TALK: My good friend Randy Peterson of the Des Moines Register asked Hoiberg if it was okay for people to start talking about an NCAA Tournament after this game.

UP NEXT: A trip to Norman, Okla. on Saturday. 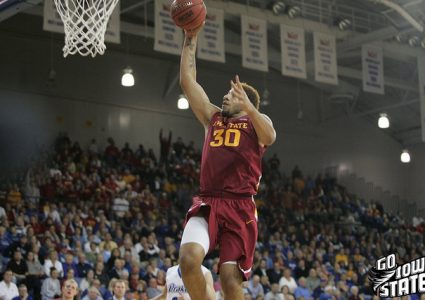