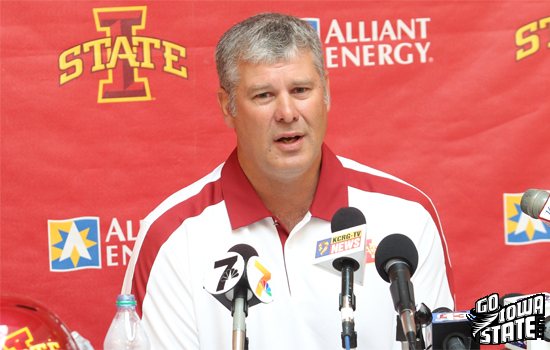 AMES — National Signing Day 2012 was a piece of cake for the Iowa State football program.

Head coach Paul Rhoads introduced the class to the media at a 3 p.m. press conference. Here’s what you need to know about the class of 2012 in quick hit form.

“That’s the most representation from states of kids that we’ve signed since I’ve been here," said Rhoads.

The final state count in the class looks like this:

***  According to Rhoads, defensive line is the most difficult position to recruit in all of college football. Iowa State refreshingly signed five defensive linemen in its 2012 class.

One defensive end is Cory Morrissey, a 6-foot-4, 240-pound junior college transfer out of Iowa Western Community College. Morrissey went to high school with Rhoads’ sons in nearby Gilbert, Iowa. Morrissey’s childhood dream was always to eventually become a Cyclone.

"Maybe the quickest commit that I’ve been around," said Rhoads.

Our Ian Smith will have more on Morrissey and the defensive line later in the week.

*** The Cyclones also added five defensive backs to its program. There are two items of note to that number. The first is that going forward, the program will need more defensive backs on its roster.

“We’re playing more and more with five defensive backs on the field at the same time so you’re going to see those numbers grow from a secondary standpoint," said Rhoads.

The second item to note is size. The five newcomers all have it.

“We’ve got to get more length at that position and we’ve addressed it with this class," said Rhoads. "It was a priority to address in this class. A defensive back with long levers can affect the play of an offense and its receivers. We’ve got that in this group of players and look forward to them adding to the talent that I think already exists in our secondary pool.”

*** I found Damein Lawry’s commitment story to be an interesting one. Lawry, who hails from Dallas, (Texas) Wilmer-Hutchins, played for a high school coach with a significant connection to Iowa State’s program. The man is quarterback Jared Barnett’s uncle. Rhoads told a story about how Lawry became attracted to the thought of becoming a Cyclone.

As a senior on defense, Lawry recorded 55 tackles, a sack, four interceptions, 26 pass deflections and a blocked field goal.

*** I’m full of defensive back notes for you today. Luke Knott, the younger brother of Jake Knott, was introduced to the media as a defensive back on Wednesday – not a quarterback. Rhoads gave Knott some rave reviews, comparing him to Iowa State’s current free safety Jacques Washington.

“Great leadership and intelligence in an individual football player," said Rhoads. "A lot of the same qualities that Jacques Washington possesses, also a guy who played on both sides of the ball.”

While Knott technically won’t play quarterback at Iowa State, he’ll be acting like on on the defensive side of the football for yeras to come.

“I refer to them (safeties) as generals out on the field," said Rhoads. "We need generals back there to command our defense.”

*** Paul Rhoads is apparently a fan of adding an early signing period to college football.

“Something I am very much in favor of, as you avoid babysitting late in the process, after the turn of the calendar year and people poaching from other programs as negative events occur in the recruiting process.” 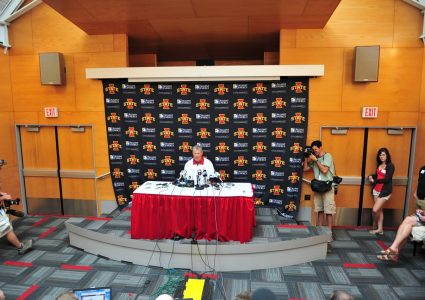 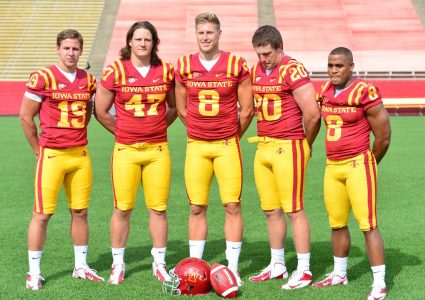