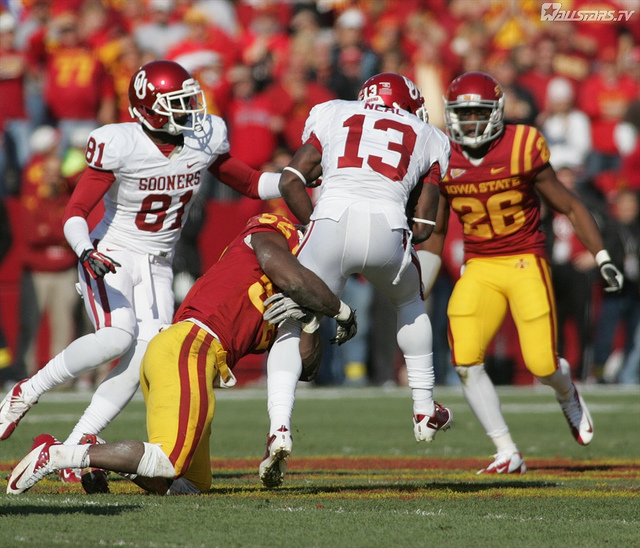 The Golden Nugget released its insanely early betting lines for 250 college football games on Friday afternoon. Seven Iowa State games saw action. Below are those odds and my initial thoughts on the number.

Sept. 14: vs. Iowa, -4 — This is exactly where I thought it would be. In fact, this past Tuesday on 1460 KXNO’s “Miller & Brinson Show” I estimated this number to be between a field goal and a touchdown but was leaning towards the field goal. It’s a very fair line but strange too. Iowa State is rarely favored over its in-state rival. For the record, I like the Cyclones by 13 in this one. Yeah, that’s right.

Oct. 3: vs. Texas, +12 — Iowa State never plays well in these giant home Big 12 games in October. Ever. There was Texas two years ago. Texas Tech last season. It just never seems to end well for the good guys. Of course that could change but right now, I like Texas and the points with the number at 12.

Oct. 26: vs. Oklahoma State, +14 — I feel like Iowa State’s defense might match-up with these spread-type teams better in 2013 than it has in recent years. Gone are the days when the Cyclones thrive in the 4-3 and here is a new era where smaller, faster linebackers and more d-backs are the norm. I like Texas more than I do OSU in 2013. I like the Cyclones to cover this one.

Nov. 2: at Kansas State, +13.5 — I haven’t reviewed all of the lines that Vegas released but this might be the craziest of them all. Put your mortgage on the Cyclones and this incredibly high number. These games are always close.

Nov. 30: at West Virginia, +7.5 — I just don’t see how West Virginia can be any good at all in 2013. Being that this game is on the road, the line is probably pretty spot on but to me, this could be one of those classic Paul Rhoads road victories. Give me the Clones.