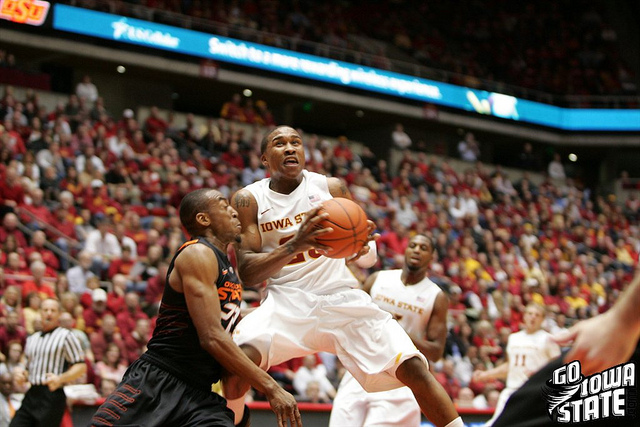 Iowa State junior Tyrus McGee has been named the Big 12’s Rookie of the Week. Below is a press release on McGee’s honor from the Big 12 Conference.

McGee had the best week of his Cyclone career, averaging 18.5 points and 6.5 rebounds to lead Iowa State to wins over Oklahoma State (71-68) and at Texas Tech (76-52). The junior guard started with a then career-high 17 points and nine rebounds versus the Cowboys, including a long transition 3-pointer to tie the game with 20 seconds left. He topped that scoring total with 20 points and four boards in the victory over the Red Raiders. McGee finished the week 13-of-23 (.565) from the field, including 11-of-20 (.550) from 3-point range. He played 57 minutes without a turnover and has combined for only two miscues in his last six contests. He is shooting a team-best 46.2 percent from beyond the arc this season.