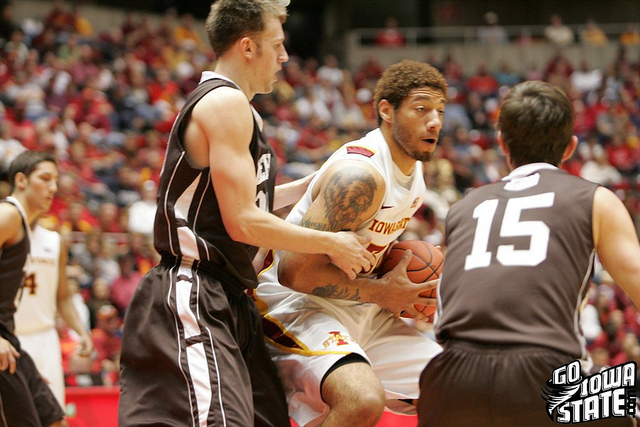 Below is a press release from the Big 12 Conference.

IRVING, Texas- Iowa State sophomore Royce White, who recorded the first triple-double in league play in six years on Saturday, was named Big 12 Rookie of the Week, announced today by the Big 12 office. White was given this week’s award by a select panel of media who cover men’s basketball for the Big 12.

A native of Minneapolis, Minn., White had an outstanding week, averaging 12.0 points, 12.0 rebounds and 6.0 assists to aid the Cyclones to a pair of Big 12 wins over Texas and Texas A&M. Iowa State is 2-0 in the Big 12 for just the fifth time in league history.

White had 14 points and six boards in a 77-71 win over Texas on Wednesday, and he followed that game with one of the best stat lines in school history in a 74-50 win at Texas A&M. White recorded the fourth triple-double in Iowa State history with 10 points, 18 rebounds and 10 assists, as the Cyclones ended a 10-game road losing streak.

White, who had 11 rebounds at the half vs. the Aggies, set career highs in rebounds (18) and assists (10) in the Aggie win. It was the first-ever triple-double posted by a Cyclone in a road game and was just the sixth triple-double in Big 12 history vs. a Big 12 opponent.

White, who ranks second in the Big 12 in rebounding (9.3), has a team-high six double-digit rebounding efforts. He was named the season’s first Big Rookie of the Week on Nov. 15. 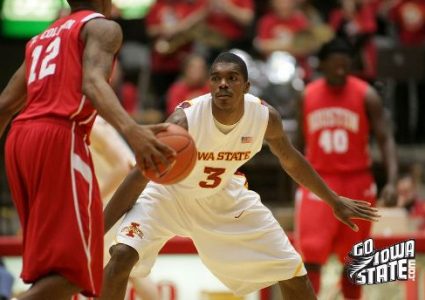 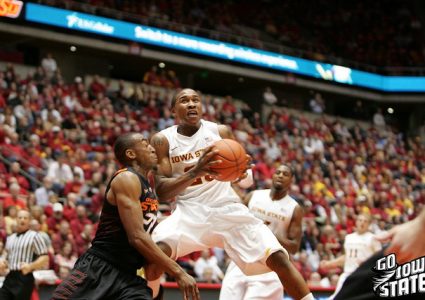