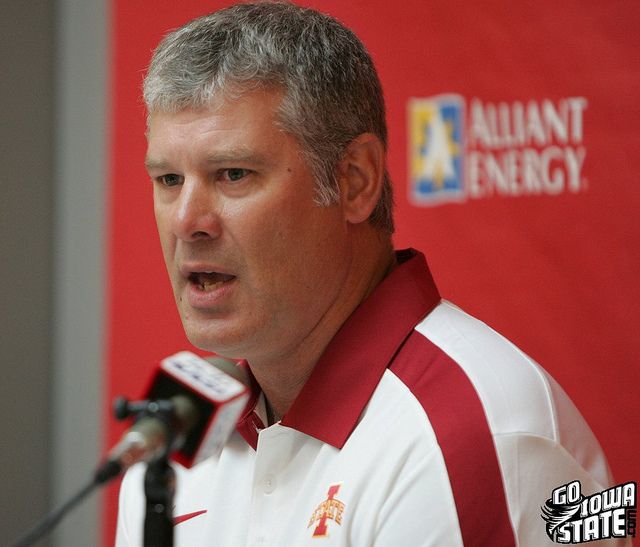 Which story had you fanatics buzzing the most in 2011?

That’s the topic for this round of voting in the 2011 Clonie Awards at CycloneFanatic.com.

— As the Big 12 turns….This daily soap opera held the Cyclone Nation’s fate in the palm of its hands for much of 2011.

Nebraska and Colorado left. Then it was Texas A&M and Missouri’s turn. Where were the Cyclones going to end up? So far, the ending has been quite happy for Iowa State. West Virginia and TCU are on their way into the league and Iowa State is set to make more money from television than ever.

— After leading Iowa State to a bowl game in two of his first three seasons on the job, it was announced on Dec. 16 that Rhoads had signed a new 10-year, $20 million contract with the school.

Fred Hoiberg and the transfers

— “The Mayor” wasn’t asked a questions during the Big 12’s media day in October that didn’t revolve around the four transfers that he brought into the program in Royce White, Chris Allen, Chris Babb and Anthony Booker.

— On Nov. 15, 2011, Iowa State women’s basketball coach Bill Fennelly reached the milestone of all milestones when he won his 500th game as a head coach. The win came against in-state rival Drake by a final score of 64-46. At the time, Fennelly became the 24th active division one coach to reach the mark.