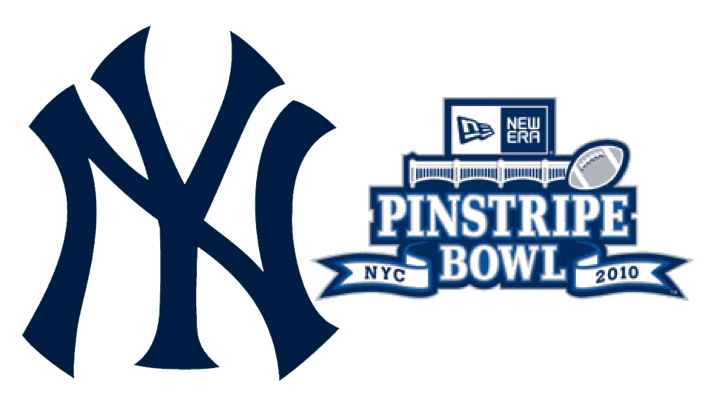 Before I go, I promised a fanatic that I’d post a link regarding a get together this evening at the Dave and Busters restaurant on Times Square. CLICK HERE for more information.

In Des Moines, the Keg Stand.

I’ll hit you all up when I get to the big city. PEACE!

5:13 p.m. – I just stumbled upon this Rutgers victory prediction from Athlon Sports.

10:34 a.m. – CLICK HERE for a good read on why Rutgers is confident that it can slow down Iowa State’s spread offense.

10:25 a.m. – Andrew Logue from the Des Moines Register will be hosting a chat from New York later on this morning at 11. CLICK HERE for the link.

10:20 a.m. – CORRECTION: Earlier in this blog, I posted that our Pinstripe Bowl Preview Show on 1460 KXnO would air tonight from 6 to 7. It will actually air on Thursday evening from 6 to 7, not tonight. Got it? I’ll also post the podcast here on our front page after the show is over. Brent Blum will be my co-host.

10:17 a.m. – I just saw that Cyclones.com has updated its Bowl Central page. CLICK HERE for some multimedia from the Pinstripe Bowl’s media day, along with snap shots from the team’s tour of Yankee Stadium.

— Andrew Logue from the Des Moines Registerprofiles the two coaches in the 2011 Pinstripe Bowl, Paul Rhoads and Rutgers’ Greg Schiano.

— The Iowa State football team visited the 9-11 Memorial on Tuesday evening. Logue caught up with some of the guys before taking the tour.

— More from Logue, who reports that running back James White will be at full speed during Friday’s Pinstripe Bowl.

— Is Rutgers’ football program heading in the right direction? That question is currently being discussed at the Star Ledger.

— More from the Star Ledger, in this report about what the Cyclones have been up to in New York City.

12:33 p.m. – I’m just starting my heavy-duty Rutgers research. Check out this stat. In the first 135 years of Rutgers football, the Scarlet Knights made one bowl appearance. In 11 years under head coach Greg Schiano, Rutgers has gone to six bowl games.

“I don’t know yet and it’s not being coy,” Schiano recently told the Star-Ledger.

For a complete update on Rutgers’ quarterback situation, CLICK HERE for the full story.

8:50 p.m. – This will be my final post of the night. Just wanted to give you all a heads up about some CF programming to look out for over the next week. On Friday (the day of the game) at 12:50 (local time), I’ll be co-hosting a Pinstripe Bowl Preview on the YES Network. This will be available to many people in Iowa so if you get the channel, check it out.

Also, on Wednesday evening from 6 to 7, Austen Arnaud and I will be on 1460 KXNO previewing the big game.

Of course, we’ll have plenty more here at CycloneFanatic.com all week long.

8:45 p.m. – Just a few updates as to what some of the activities are that the football team will be up to this week in New York City.

The Pinstripe Bowl’s media day is scheduled for Tuesday.

On Wednesday, the team will take a tour of the National September 11 Memorial at the site of the World Trade Center.

On Thursday, the Cyclones will visit the Empire State Building and also, members from both participating universities will visit the New York Stock Exchange. Both head coaches will ring the opening bell.

6:57 p.m. – Remember the running realignment blog? From now until Iowa State takes on Rutgers in the 2011 Pinstripe Bowl on Friday, I’ll be doing something similar right here. I’ll be posting my thoughts, links, photos and more regarding Cyclone bowl mania 2011. If you want to stay updated with what’s happening with your Cyclones in New York City, refresh this page often.

Along with Austen Arnaud, I’ll be heading out to New York on Thursday morning. AA and I will be traveling with the Cyclone Gridiron Club’s charter.

Some evening links for you…

— Last week, I was interviewed by Rutgers fan blogger Jerry Sanchez from NJ.com.CLICK HERE to check it out. I’m going to attempt to do something similar with Jerry later this week, so stay tuned for that.

— The Iowa State football team completed its second practice at Hofstra University on Monday afternoon. CLICK HERE to view video from the practice via Cyclones.com.

— Which Rutgers quarterback will start on Friday? Will it matter? Andrew Logue of the Des Moines Register investigates. 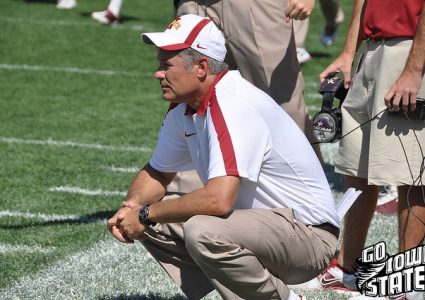 Headlines: Cyclones head back to Iowa after bowl loss