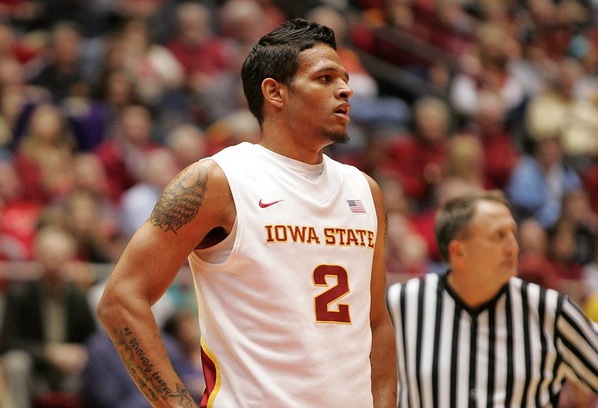 Iowa State did a lot of positive things in Tuesday night’s 84-59 win over Prairie A&M.

One thing that the Cyclones didn’t do was light things up from long range.

Iowa State went 6-for-17 from 3-point range and specifically, junior Chris Babb was 1-for-6 on the night. Combine that with Babb’s 1-of-10 outing on Saturday and Michigan and the Penn State transfer has made two out of his last 16 3-point attempts. This is the same guy who went 7-for-11 from behind the arc in a win over Rice on Nov. 26.

The good news is that Babb is close to getting back on track. His head coach, a guy who knows a thing or two about shooting the basketball says so.

“He is holding onto it a little bit too long, just a split second. It is a game of inches," said Fred Hoiberg. "When you have one little thing out of rhythm, it affects you in that area."

Hoiberg said it’s only a matter of time until Babb snaps out of this slump and starts making threes in games. Babb hasn’t missed a beat in practice.

"I think he made about 15 or 20 in a row from the 3-point line today in shoot around," said Hoiberg. "He just needs to go down there and knock them down in a game situation to get that confidence back.”

GIBSON/WHITE COMBO: There isn’t a player on Iowa State’s roster who is happier about the emergence of freshman post Percy Gibson than fellow big man Royce White.

"Having another player down there on the low block, it is somebody else that you really have to account for," said Hoiberg. "With Percy, if you don’t front him, if you don’t push him off of the block, he has a pretty good chance of scoring it down there."

Gibson’s scored 15 points and took significant pressure off of White in the win. Hoiberg expects that to be the case even more in the future.

"You’ve got guys who can get him the basketball in good spots. He and Royce can play high-low basketball together and when he gets that thing in the paint, I am very comfortable with him going up and making a solid move."

EJIM’S IMPROVEMENT: His eight points from Tuesday night won’t blow anybody away, but Hoiberg saw some progress in sophomore Melvin Ejim’s game in the win.

"I thought that he played with a lot of energy," said Hoiberg. "He got himself to the free throw line and did a good job."

Prior to the Prairie View A&M game, Ejim hadn’t scored a point in the previous two. Ejim went 3-for-4 vs. the Panthers and recorded six rebounds as well.

Was Tuesday night’s performance by Ejim enough to keep a spot in Iowa State’s starting lineup though? With Gibson’s big game and White having served his one game punishment of not starting, what five will Hoiberg opt for on Friday night when Iowa comes to town?

He can’t not start Gibson after that performance right? White is obviously a member of the top five.

Something has to give…