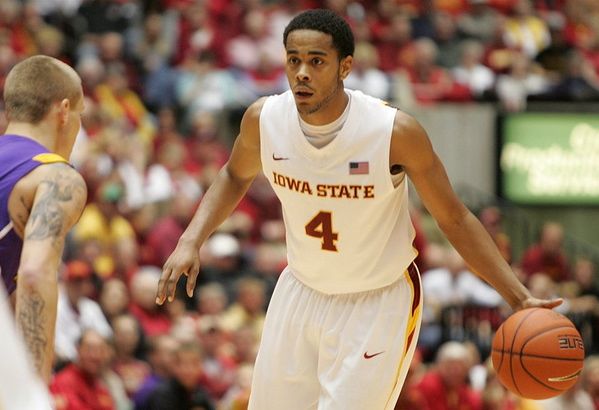 Freshman Percy Gibson scored 15 points and is now a legitimate scoring threat for the Cyclones, who improved to 6-3 on the young season.

"I wanted to experiment a little bit with Chris with the ball in his hands and try to get Scott (Christopherson) going," said Hoiberg. "I wanted Scott coming off aggressive looking for shots. He didn’t shoot the ball very well tonight but he got some good looks and that’s what I need out of Scott."

Allen playing point guard was Hoiberg’s initial plan for this team back before the season began. That was the case until Hoiberg saw what Allen could do off of the ball.

"He had two of the best weeks of practice that I’ve ever seen when I put him off of the ball as far as coming off aggressive and looking to score," said Hoiberg. "We just needed to change things up. We needed a shake up and that’s why I decided to make the lineup changes tonight."

The mix up worked.

Allen went 4-for-7 from the field and led Iowa State in scoring with 16, while dishing out seven assists along the way. A handful of those dimes were delivered to the rookie big man Gibson, who in his first career start, scored Iowa State’s first basket only 11 seconds into the game.

“I felt like that just let me get in the flow of the game and all of the nerves were gone so I could really just play basketball," said Gibson, who also grabbed seven rebounds in the win.

What will Iowa State’s lineup look like on Friday when in-state rival Iowa comes to town?

The safe money is on Allen running the show.

"We’ll evaluate that in the next couple of days but I was pleased with what he did tonight," said Hoiberg.

Chris Allen – Percy Gibson was definitely in the running for Tuesday night’s hardware but in a season where point guard problems have been Iowa State’s glaring issue, I’ve got to go with Chris Allen.

The senior led Iowa State in scoring and assists while only turning the basketball over one time.

In his last two games, Allen’s assist-to-turnover ratio is 12 to 1. While running the point, Allen was more efficient as well, knocking down four of his seven field goal attempts in the game.

Percy Gibson – Since I didn’t give him player of the game, I’ll at least put Percy Gibson in "Three UP."

“He is a very crafty player," said Hoiberg. "You can see that in the way that he plays."

Communication – So many times this year, communication on the defensive end of the floor as been a major issue for the Cyclones.

"Tonight it really improved. We could tell a big difference," said junior Tyrus McGee. "We got the ball moving. We pushed the ball up the court. We had a lot of assists."

Iowa State held Prairie View A&M to only 29.4 percent shooting in the first half.

Dunks – At 6-foot-2 and 5-foot-9, Tyrus McGee and freshman Tavon Sledge both rocked Hilton Coliseum with big dunks in the game.

"I just started dunking like two years ago. I was pretty excited," said McGee. "I knew that Sledge was going to get his. He’s a little guy but he can jump."

Here’s a look at Sledge’s dunk, courtesy of ISUAgronomist on YouTube.

Anthony Booker – In a game where nearly every Cyclone on the roster saw playing time, junior Anthony Booker never got off of the bench. Why?

"That was just a decision that I made," said Hoiberg.

We’ll just have to leave it at that. Stay tuned.

Start to second half – After taking a 46-23 lead into halftime, the Cyclones allowed Prairie View A&M to go on a 12-3 run to start the second half. That good communication that I mentioned above fell apart and the Cyclones looked disinterested.

"We just allowed them to get too comfortable," said Hoiberg.

Obviously, the Cyclones bounced back and outscored the Panthers by two in the period while cruising to a 25 point victory.

— Hoiberg said that Royce White was three minutes late for the team’s shoot around on Wednesday. That’s why Iowa State’s leading scorer didn’t start the contest.

"He has been great. He has been on time," said Hoiberg. "But we have a rule that if you come late on a game day, if you’re late for a shoot around or a team meal, that you’re not going to start."

— Scott Christopherson has made his last 21 free throw attempts dating back to last season. He was 4-of-4 vs. Prairie View A&M.

— Speaking of free throw streaks, Tyrus McGee had made 18 consecutive shots from the charity stripe before missing one on Tuesday. McGee is 22-of-24 on free throws for the season.

— Iowa State is now 17-0 all-time against teams from the SWAC.