@khaal53 writes: Bigger loss for next year on the DL or in the secondary? Who’ll step up for Leonard Johnson and Ter’Ran Benton:

CW: Great question. I’m sure that this won’t be the last time that we hash the defensive line and secondary questions out here on the site over the winter months.

Bigger loss? I think that you have to go with Leonard Johnson in the secondary. Johnson isn’t just a good cornerback. He’s an elite cornerback. Johnson is a guy who you can leave on an island and have confidence in. He’s that good. Ask Justin Blackmon about Leonard.

Yesterday, I wrote about a junior college cornerback named Cliff Stokes who will be on campus this spring in an attempt to win the starting job in replacement of Johnson. Stokes is 6-foot-1, so his size is a big plus. But I’d warn fans not to forget about a guy like Jensen Watson, who has been great on special teams this season and will be a junior next year. At 5-foot-9, what Watson lacks in size, he’s got in experience over Stokes.

The good news is that Wally Burnham, Bob Elliott and Paul Rhoads will have plenty of options in the secondary, with some capable players coming off of redshirt seasons as well.

Strong safety Jared Brackens has a shot to jump up and replace Benton as a sophomore. Maybe Durrell Givens will make the move from free safety to strong safety for his senior season? Remember that Benton switched positions for his final year at Iowa State.

Again, options are a good thing. Iowa State has them.

To quickly touch on the defensive line, there’s no doubt that the loss of Stephen Ruempolhamer will sting. It’s tough to find quality guys in the middle. While Iowa State will have to replace two defensive ends in Jake Lattimer and Patrick Neal, I just feel like there is a lot of young depth at that position. In fact, if David Irving and Willie Scott make moves in the offseason, I don’t think it is crazy to think that there won’t be much of a drop off at all at defensive end with others contributing as well.

Cloneteach writes: How well financially will ISU come out of this bowl game? What are some advantages to the university that sometimes people don’t usually think of?

CW: I’d love to be able to sit here and give you some hard figures on Dec. 14 but I just can’t. Iowa State is going to have to take the trip and take a look at the books when everybody gets back to Ames.

I will say this though. Traditionally, the goal when it comes to second-tier bowl games is to break even. The way I understand it, the money that a bowl gives a school is to help do that. I don’t expect this to be a big money maker for Iowa State at all.

As far as the second part of your question goes, this is a very unique bowl game. The more I learn about the Pinstripe Bowl, the more I like about what I’m hearing regarding different types of exposure that Iowa State will get. First of all, the game takes place in New York City, which is also known as the media capital of the world. At what other bowl game will school representatives get to ring the bell at the New York Stock exchange? I’ve heard that the Empire State Building is going to be lit up in cardinal and gold. The cool things like that excite me.

Lakeliving writes: You are able to get the "perfect" Christmas gift for Rhoads, Hoiberg, Pollard, Jackson, Fennelly. What do you get for each of them?

For Paul – If Robert Griffin III had a younger brother, I think Paul would appreciate that. That’s what I’d get him.

For Fred –This guy.

For Jamie and Bill (and everybody else in the world for that matter) – A cure for cancer.

For Kevin – The gift of patience from everybody in the Cyclone Nation. The man was dealt a tough hand. It isn’t easy to follow a legend.

Kentkel writes: Not sure if you’ve been asked this before, but what is your favorite bowl game memory, ISU-related or otherwise?

CW: This one might throw you a little bit. I don’t know why, but I’ll never forget the 2001 GMAC Bowl between Marshall and East Carolina, when Byron Leftwich broke his shin and led his team back from a 17-point deficit to win the game. That game always sticks out in my mind for some reason. It’s one of my favorite sports memories.

A few other games that pop out in my mind…

— The 2009 Insight Bowl obviously. That is the first and only bowl game that I’ve ever attended.

— It will pain many of you to read this, but Tate to Halloway in the 2005 Capital One Bowl was a sports moment that I’ll never forget.

CW: Really? Who do you think?

Erikbj writes: Who is the new offensive coordinator going to be? Mangino?

CW: I don’t know who the new coordinator is going to be, but I don’t think it will be former Kansas coach Mark Mangino.

In case you missed it, Austen Arnaud and I developed THIS LIST last week when the Herman news broke.

MLawrence writes: A non-related ISU sports question: What do you think is the bigger storyline in the NFL, the fact that Tim Tebow is 7-1 as a starter or that the Green Bay Packers are 13-0?

CW: The bigger story is the fact that Tim Tebow is 7-1 as a starter. Why? Because a lot of people expected the Packers to be at this spot at this point in the season. Tebow was third string back in camp correct? Like him or not, Tebow is as polarizing of a figure as there is in sports right now and not the fact that he is winning, but how his team is winning is what makes Denver so fascinating. Casual, non-football fans care about Tebow. I’m not sure you can say that about the Packers. 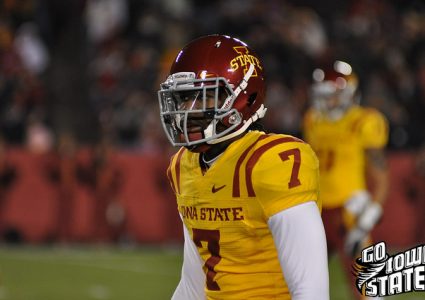