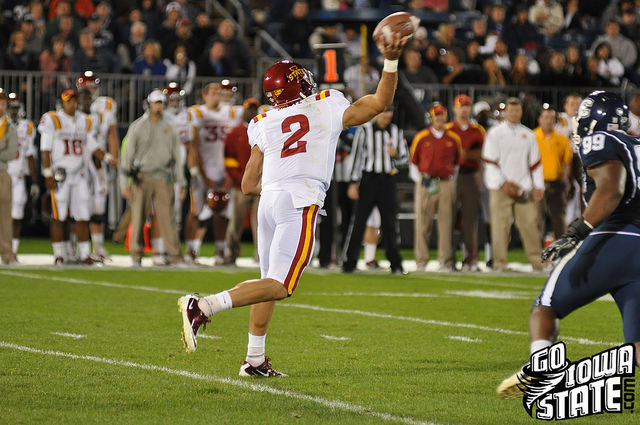 Execution – Iowa State has been its own worst enemy at times this year through the first five games. The Cyclones have yet to put together a full four quarters as an offense or defense and especially as a special teams unit.  These two teams have been very similar so far this season. They both are breaking in new quarterback’s with a few struggles. Steele Jantz is last in passing efficiency and James Franklin is seventh out of nine  Both teams are having kicking woes. Grant Ressel is 7-for-13 kicking field goals and Iowa State’s kickers are a combined 2-for-6. Both teams are at the bottom of the Big 12 for penalty yardage, both averaging over 70 yards per game.  This game has a chance of being a very sloppy for both teams. Whoever can execute and limit the lesser of these mistakes will win this game.

Secondary – The Iowa State back seven will have a tough challenge against one of the better receiving corps in the Big 12. Michael Egnew, TJ Moe, and Jerrell Jackson combined for nearly 2,700 yards receiving last year as a trio and were very effective. The talent is there for the Tigers, it’s just the simple fact of distributing the ball effectively and getting these guys the ball. The Iowa State secondary will have to play with sound technique and be careful taking chances against these three NFL prospects. We need to play with the bend, not break mentality at safety and corner.  Keep everything in front of us and limiting deep ball opportunities.

Establish the Run – The Iowa State offense has got to be better on first down and be efficient by getting four yards and give ourselves a fair shot at achieving first downs repetitively. Too many times this year, we have been behind the sticks with penalties, negative plays and taking sacks. This is where the running game is huge. If we can stay ahead of the chains early in possessions and move the ball efficiently, it will only help keep a good Mizzou running attack off the field.  Tiger running back Henry Josey is averaging an unbelievable 117 yards per game on 55 carries. This Mizzou attack is still electric but hasn’t been its usual self due to the lack of quarterback.

Offense Handling Pressure – In my past experience playing Missouri and Dave Steckel (defensive coordinator), they will look to bring a lot of pressure. As an offense, Iowa State has to stay ahead of the sticks because a lot of Mizzou’s blitz packages will come from 3rd and 5-plus.  If Iowa State continues to find itself in 3rd and medium to long all afternoon, it will be a long day for Steele Jantz trying to decipher what’s coming next.  As an offense, we must incorporate screen passes to running backs and wide receivers alike, as well as running draws with both the running backs and Steele.  These two plays alone will help slow down the Tiger pass rush.

Protect The Ball – This is the slogan of the Iowa State offense. The back of every offensive players workout shorts says it.  It’s something that the Cyclones have to live by this week if they want to stay in this ball game.  Looking back at last week’s loss at Baylor, one play that sticks out in my mind is the fumble returned for a touchdown.  That play was a reoccurrence of a glaring issue that we have protecting the football.  Coach Herman always says “treat the football like it’s a brief case with a million dollars inside of it.” We need to play this way!  If Iowa State wins the turnover battle they will win this game. 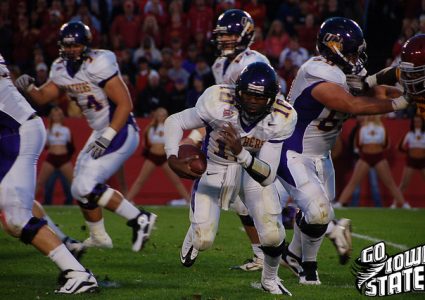