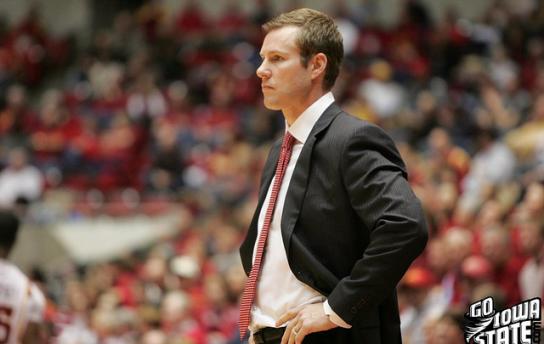 Judging by the tattoo on his right arm, Royce White fears very little. That includes expectations.

When asked about the hype surrounding the Iowa State basketball team, White essentially said bring it on.

"It’s going to be a big season. I told (Iowa State) coach (Fred Hoiberg) the other day that it feels magical. I can feel it inside and when you’re about to have a big season it’s something you can feel and I feel it. Hopefully it’s not a false feeling.”

White will start to see that if that mojo is real when the Cyclones travel to Italy on August 9th. Iowa State will play four games against professional teams during a trip that includes stops in Milan, Rome and Florence.

Sure, Iowa State will see the sites in Italy, but this trip serves a greater importance. The Cyclones got 10 extra practices on their Big 12 counterparts. Not only that, a team trying to mesh a mix of returners, freshmen and transfers will get a chance to bond on the road.

“For me, it’s kind of like a business trip,” senior Scott Christopherson said. “I know it’s not games that count, but I mean we are going over there to start building. This is my last year so I’m not really looking to take anything lightly. I’m pretty much looking to get over there and start building our team in the right direction.”

Hoiberg plans on mixing up his lineups and seeing who plays well together. Expect the Cyclones to play a fast, aggressive style of both ends of the floor.

One twist that has everybody excited is seeing the 6-foot-8, 250-pound White play point guard.

“I’ll put the ball in Royce’s hands a lot over in Italy and let him bring the ball up the floor and let him see what he can do as a playmaker and as a point guard,” Hoiberg said.

“I wish (Hoiberg) would let me do it every play,” White added. “Playing point for me is fun because I can see the whole court and I can really get a real good feel for the game and figure out who needs to touch the ball more, what we need to look for offensively and that just helps me rhythm-wise to get a feel for the game.”

Hoiberg and company are hoping the whole team can find its rhythm thousands of miles from home before the tipoff of its 2011-12 campaign.

Gaudy statistics in the Capital City League are one thing. Making the NCAA Tournament is another.

Do the Cyclones have that type of potential? Senior Chris Allen – a 3-time tournament veteran with Michigan State – thinks so.

“I definitely see it,” Allen said. “I feel like if we play hard and play defense, play consistent, and stay together, that’s the main thing. If we stay together, I definitely think we have a chance to make the tournament this year.”

Coincidentally, the last time Iowa State went on a foreign trip in 2004 was also the last time the Cyclones made the Big Dance (the 2004-05 season).

“There is a lot of excitement and there should be and we want expectations,” Hoiberg said. “I don’t want to go into a season again saying well we don’t expect much out of this group. I want our fans to expect us to compete for Big 12 championships every year.”

Chris Allen has never left the United States, but he might feel right at home in Italy. The senior guard reveled Wednesday that he is 25 percent Italian.

Not only that, according to Allen, his Grandpa once played for the New York Yankees.

“I’m just excited to be around these guys without their cell phones,” Hoiberg said. “I don’t know if they’re going to know what to do without Twitter and Facebook and all of that technology. So I’m excited that these guys are going to have to sit together, talk, bond and talk about life.”

Besides basketball, the Cyclones will make the most of Italy with trips to the Vatican, the Colosseum, the Spanish Steps and Lake Como, where Hoiberg joked he hopes to see George Clooney.