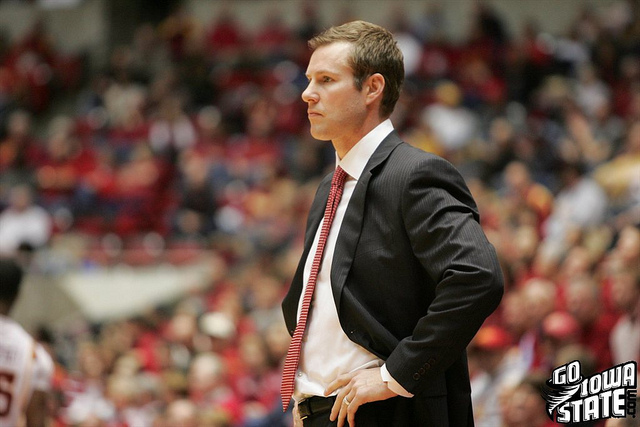 Iowa State’s basketball program has three practices under its belt in preparation for next month’s trip to Italy. How has the team looked so far? What might the lineup look like when this fall comes around? These questions and more are answered in this exclusive CycloneFanatic.com interview with head coach Fred Hoiberg.

CF: You haven’t seen the guys in a long time. Did they report in the kind of shape that you had hoped for?

FH: I was pleasantly surprised at the type of shape that they are in right now. I think that they’ve really been working hard with their strength coach. They’ve been playing two or three days a week in the Capital City League so that has kept their timing sharp. They’ve been playing pickup as well. They’ve done a nice job of keeping themselves ready. Everybody came in with a great attitude. These guys are ready to roll. You can see the guys, especially the ones who sat out last year, are really on a mission. They want to go out and prove themselves. It has been great. Our older guys are clearly ahead of everybody else right now. Scotty (Christopherson) and Chris Allen as seniors have done a great job with leadership in these first few days as far as helping the young guys along. I’ve seen some really good things out of our new guys as well. Especially defensively, Tyrus McGee and Tavon Sledge, with their ability to pick up full-court and apply pressure will give us the ability to be a much more aggressive defensive team this year.

CF: Your team hasn’t had much of a chance to all play together. Do these extra practices help more from a physical standpoint or a chemistry one?

FH: I think a little bit of both. The thing about the guys who sat out last year is that they built that chemistry all throughout last season being on that scout team. They were coached by Bobby Lutz every day of the year. They sat at home and watched games together when the team was on the road. Those guys were able to spend a lot of time together and build the chemistry that you need to be successful. Now, it is my job to bring these new guys into the mix and get everybody on the same page and have everybody accept their roles so that we can have a chance to be the best team that we can be.

CF: When you’re in Italy, how do you approach setting your starting lineup and rotation. Do you experiment for the upcoming season or do you try to win every game over there?

FH: We will experiment a lot. That is the most important thing for me to find out. Who is going to be the most deserving of those minutes? There are a lot of questions right now. The biggest question that we have is who will replace Diante Garrett? We lost our backup point guard last year in Jake Anderson too. We lost both of our primary ball handlers last season. That is going to be our biggest question. Who will take over that role? Tyrus and Tavon I think will have the ability to do that. Chris Allen, you can put the ball in his hands. The guy who I think will have the ball in his hands a lot is Royce White. He has shown the ability to be such a willing passer, especially in the summer league where he averaged a triple-double. His ability to get others the ball is special. I look at this team and we are going to be able to be very versatile and play many different lineups.  We’ll be able to play small and put four knock-down shooters around Royce who can pass the heck out of the ball. Or, you can play big with Royce at the three with Anthony Booker and Percy Gibson in that group. You can do some of that and punish teams inside. Last year, we pretty much were who we were. This year, we’ll be able to play a bunch of different lineups because of the depth that we have.

CF: I expected the points and rebounds but when I saw Royce putting up 10-plus assists on a nightly basis, that made me raise an eyebrow. Did that number surprise you?

FH: I knew that he could pass but I wouldn’t have ever expected him to average a triple-double. I don’t care if you’re playing against junior high kids. That’s a pretty good accomplishment. He would rather have the assist than the basket. That’s just the type of guy that he is. He is such an unselfish player and he has such great instincts. As a shooter, I would have loved to play with a guy like that because as soon as the defender turns his head, that ball is right there. With the shooters that we’ll be able to put around Royce this year, it is going to make for a pretty tough task on a defense as far as who you want to take away. 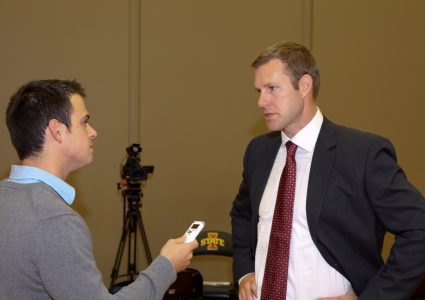 Williams Blog: Hoiberg on the side