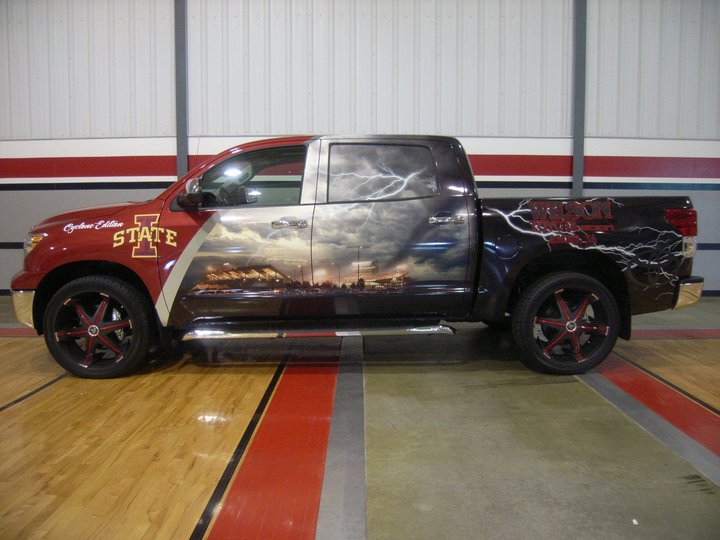 I for one and glad to be back at it. My wife and I moved from Ames to Bondurant on Friday and Saturday of last week, so unpacking and organizing tied up most of my time during this Fourth of July weekend.

I did however get a chance to go back to Clarinda for a day. While there, I took in a dirt track race, hung out with some family and did a little boating as well.

I love central Iowa, but nothing beats God’s country. That’s Page County Iowa my friends. You do know that we invented 4H right? Just checking. What up?

Full disclosure – I haven’t been on a computer since Thursday night. I don’t have a ton of Cyclone-related topics floating around my mind right now but I promise to get back in the swing of things later today.

— From everybody at CycloneFanatic.com, we offer our condolences to Iowa State head football coach Paul Rhoads and his family. Coach Rhoads’ mother, Mary, passed away on Friday. There’s no need for me to elaborate here. I can’t even imagine what it would be like to lose my mother. Cyclone Nation – Please say a prayer for the Rhoads family today.

— Ridiculous. Sick. Ridonkydonk. You get the picture. All of the above can be used to describe the 2011 Wilson Toyota Cyclone Tundra. Wowsers. Holy mackerel. I don’t even know what to write. To give your eyes a feast, look above fanatics.

— Iowa State’s 2011 non-conference schedule isn’t nearly as daunting as it once looked. That’s my take at least. With all due respect to the pesky Panthers, Iowa State shouldn’t have a hard time handing Northern Iowa on Sept. 3. After that, an Iowa team with a handful of questions will invade Jack Trice Stadium on Sept. 10. Am I overlooking the Hawkeyes? Heck no. Kirk Ferentz’s boys have outscored the Clones 70-10 over the last two years. But the game is at home and these are two totally different football teams. An upset in this battle for the Cy-Hawk Trophy isn’t a crazy thought. After that, UConn isn’t a shade of what they were during last season’s Fiesta Bowl run. This is a road game and by no means should any Iowa State fan take the Huskies lightly. But this matchup once looked a lot worse.

One of my favorite columnists in America, Berry Tramel of the Oklahoman, recently released his non-conference schedule rankings. He seems to agree with my take on Iowa State’s situation. Tough? Yes. Impossible? No. Tramel has the Cyclones with the third toughest non-conference slate in the Big 12 behind Oklahoma (Tulsa, @ Florida State, Ball State) and Texas (Rice, BYU, @ UCLA).

— Props to Bob Stoops. He doesn’t have to play teams like Florida State on an annual basis. But he does. That’s good for college football.

— In case you care, I updated our CycloneFanatic.com schedules page late last week. I promise to keep it updated more consistently than I did last season from here on out. Deal?

— I am currently without Internet and television at our new house. Let me tell you folks. For a guy who runs a website for a living, this is a major struggle. I constantly feel naked without two of the biggest joys in life.

— Now I really feel old. I had to go to Menards to get a lawn mower last week. I woke up on Saturday morning and mowed the yard. What’s next?

— Fireworks fascinate me, but not in a traditional sense. I do enjoy watching them. They’re kind of cool. But there is something about the Fourth of July that I just don’t understand. Why do people waste so much money on these things? Let me get this straight. Every year, Iowans drive down to Missouri to drop hundreds of dollars on explosives that blow up in the air and make some sort of design. Some don’t even do that. Some fireworks just make a loud popping noise. Why is this worth the money when you can go watch really good ones for free at just about any town in the state?

— On the same note, just imagine some of the positive things that could be done if for one year, every town in America used the money that they normally spend on fireworks to make improvements in that community. What a novel concept?

— Before you start chucking darts, I’m not anti-America. I love the Fourth of July.

Signed, Courtesy of the Red, White and Blue (much love Toby Keith)

— I had an epiphany over the weekend. "Fireman" is the greatest George Strait song of all-time. 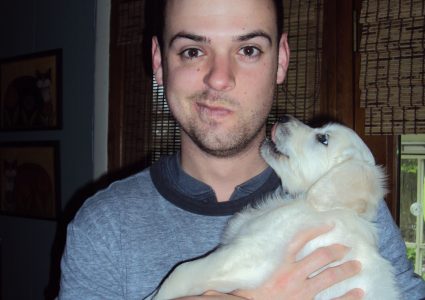