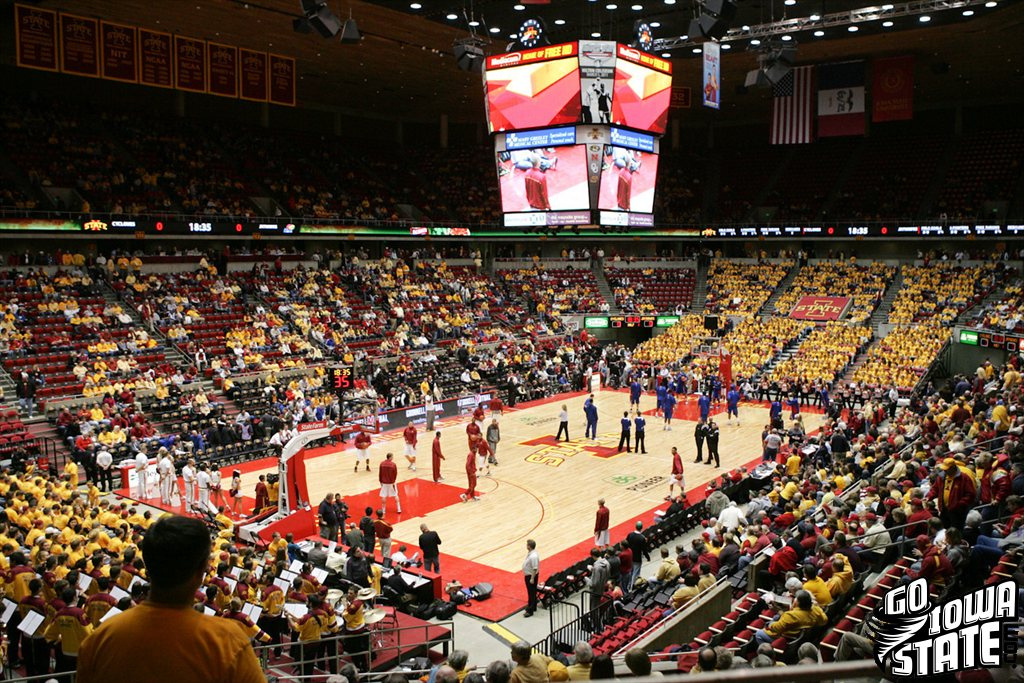 NKEREUWEM OKORO: How was that for some Tuesday drama?

In case you were hiding in a cave, this is what went down yesterday regarding one of Iowa State’s top 2012 men’s basketball recruiting targets, Nkereuwem Okoro.

@NYCHoops tweeted this yesterday afternoon: Sources are saying that St. Raymond’s Nkereuwem Okoro is set to commit to Iowa State.

When that "news" broke, as you’d imagine, Twitter, message boards and I have to believe Okoro’s cell phone blew up.

Okoro then tweeted this: Despite a report by NYCHoops I Haven’t committed to Iowa St.I remain open in my process and looking forward to the summer recruiting period.

So there you have it. Okoro has not committed to Iowa State.

Because of this activity, a handful of reporters were working the phones last night. Here are a few Okoro updates from around the web.

– Okoro tells CBSSports.com that he has no timeline with this decision.

– THIS BLOG says that it is down to Iowa State, Seton Hall and Pitt for Okoro.

My Take: This is just another example as to how much the Internet has changed this game over the last 10 years. A false report is thrown out and the prospect shoots it down himself through Twitter. Props to Okoro for taking care of business the way that he did.

HOME STATE ALL-STARS: My friend Kirk Haaland from enCYCLONEpedia.com has way too much time on his hands. Just messin’ Kirk. Actually, this exercise that Kirk is practicing with Brent Blum, John Walters, Eric Heft, Klay Edwards and me is pretty interesting. Kirk has put a ton of research into grouping former Cyclone basketball players by their home states. From there, he put together a make believe tournament and asked the five of us to make our picks.

I won’t tell you all which team I went with as Kirk is going to be releasing the "winners" over the next couple of weeks, but it should be interesting to follow. I haven’t talked to John, Eric or Clay, but I know that Blum and I disagree on the winner. Stay tuned.

– Iowa State and Big 12 fans have heavy hearts today. Former Kansas City Royals great and Big 12 broadcaster Paul Splittorf has passed way after a courageous fight with cancer. I never got a chance to meet "Splitt" but after reading THIS COLUMN that was written by Iowa State’s men’s basketball media relations contact Mike Green, I feel like I know him very well.

– Iowa State’s "Tailgate Tour" continued on yesterday as Osceola and Waterloo were hot spots. CLICK HERE for multimedia from Cyclones.com.

– Here’s a wrestling link for you today. Three-time Iowa (high school) state champion John Meeks is reconsidering his verbal commitment to Nebraska, according to the Des Moines Register. Would Iowa State have a shot? Would Iowa State want Meeks? CLICK HERE for the Register story.

– The Big East just wrapped up its spring meetings. Here is the latest on its possible football expansion from ESPN.com.

– A preview of Kansas’ potential quarterback of the future from the Lawrence Journal-World.

– A look at academics and Big 12 football from ESPN.com.