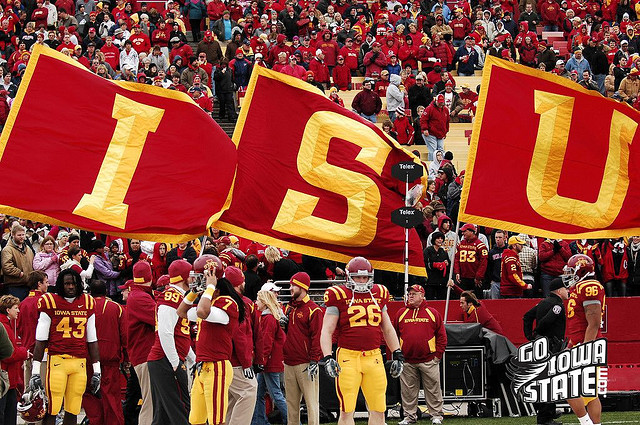 By psychlone99, AKA, the Voice of the Fan

Note from the Publisher: If you’d like to have YOUR blog published on CycloneFanatic.com, email Chris Williams at chris.m.will@gmail.com.

It’s been said before but with spring football underway and a fresh new season on the horizon, it bears repeating: Big opportunities await the Cyclone football program, beginning immediately in 2011. With the new conference lineup, the remaining 10 members and their fans may experience an odd honeymoon period of sorts as competition resumes next fall. As dysfunctional as the Big 12 family has been throughout its history, nothing unites a family like a difficult trial, and the conference shakeup was certainly that.

As scary as the uncertainty was, surviving it feels a bit like a fresh start. But while the conference hugs it out for a brief moment, perhaps rejoicing in the pile of TV money coming in the near future, the battle for relevance will begin anew for the Cyclones. However, I don’t want to talk about the football team, its players, or its coaches. I’d like to talk about the fans. Before you roll your eyes and assume that this will be another fan-bashing diatribe, hear me out.

Cyclone fans are great fans. In fact, given the success that we’ve “enjoyed” historically, we’re better than most when it comes to supporting our teams. But to take advantage of the opportunity I spoke of in my opening paragraph, we have to do even better in order to make up for those impediments that are beyond our control- things like lack of tradition, split loyalties in a small population state and a northern geographic location in a conference dominated by southern schools.

Those are big obstacles to overcome, which means that Cyclone fans have to stretch further. Those of us who already buy tickets and donate money need to buy more tickets and donate more money. But, more importantly, those who refuse to leave the sidelines to participate in Pollard’s “Next Big Step” need to step it up.

Newsflash: Continue to sit at home and wait for that perfect bandwagon and it will never come. If Iowa State football is going to break through, it’s going to take more blind loyalty.

Is this bandwagon mentality unique to the Cyclone fanbase? Of course not. The difference is that Iowa State football can’t afford it and we don’t have the sheer numbers in our fanbase to overcome it with those who are already giving generously. The 40,000 of us who show up fairly regularly for home football games aren’t going to magically fill the space for 60,000 or so that will exist when the south endzone is expanded. It’s going to take several thousand of our friends.

So why should Joe Sideline care? What difference can one fan make? I would argue that nothing happens in a vacuum. The team, the coaches, the administration, the fans- we all have a role in building a successful football program. And each element impacts the others. If one back-up safety loafs it on kickoff coverage, his loaf could have a domino effect that leads to ten extra return yards… that leads to better field position… that leads ten fewer yards needed to make that go-ahead FG that ends up being the difference in the game.  Joe Sideline should look at his wallet in the same way.

As fans, we need to worry about what we can control. That’s season ticket purchases, donations and regular appearances at Jack Trice Stadium. Which brings me back to the opportunity that currently knocks. Iowa State is fortunate enough to have a top notch coach, athletics director and (something that is rare in our history) a university president who is very supportive of athletics. The chances of keeping all three together for any extended period of time is highly unlikely. It would be a crying shame if we failed to take advantage of this opportunity- something that simply CANNOT be allowed to happen.

I grew up on a farm, and things rarely got done that didn’t require some level of cooperation from each and every one of us. When my brother and I weren’t operating at maximum efficiency, my dad had a favorite saying that would usually get our attention: “**** or get off the pot!” How is this relevant to the discussion? Big time college football is standing by, anxiously waiting to kick our rear ends right off the pot. Cyclone fans can help keep that from happening, but only if we’re prepared to meet this opportunity head-on. 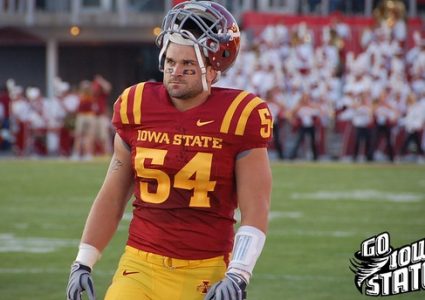 Outside the men’s room: Opportunity knocks 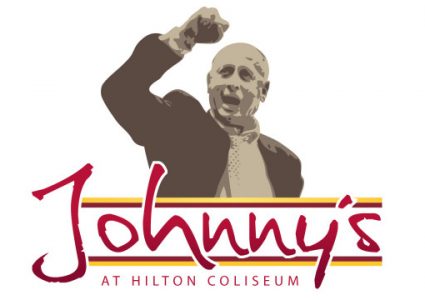