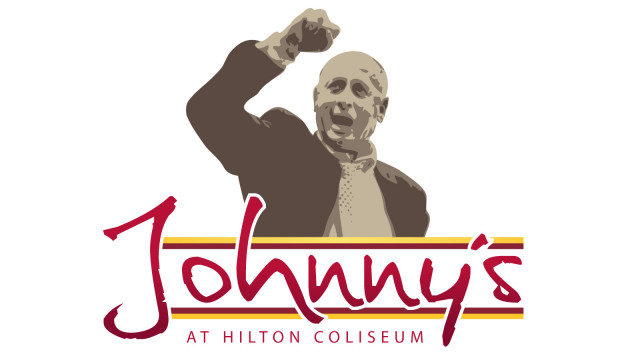 I have never met Johnny Orr. I vaguely remember the days when he was Iowa State’s head basketball coach. Keep in mind that I was born in 1984. Orr coached in Ames between 1980 and 1994. The legend will grace us with his presence on Wednesday night when the Cyclones host third-ranked Kansas.

This evening creates two giant opportunities. The first one is obvious, and that is for Iowa State to upset the Jayhawks. That would do wonders for Fred Hoiberg’s program that is currently an infant. The second opportunity that I speak of goes beyond basketball though. It has to do more with culture than anything.

Few things drive me more bonkers than when people say that "Hilton Magic is dead." I hear it all of the time. I get really sick and tired of the crusades that some older Cyclone fans go on and the predictable rants about how much better things were "back then."

Trust me when I write that we respect the past. We really do. But all of that yapping doesn’t mean much to my generation. The fact that we didn’t live it, makes it hard to understand. Just like you don’t get our love for Eminem (who?), we don’t grasp what the meaning of how amazing the 80’s were. I’ve only heard and read about Orr’s famous entrances into Hilton Coliseum. Heck, I used to think that Hilton rocked during the Wayne Morgan era (that’s when I went to Iowa State). I know, I know. It was nothing like "the good old days."

This is what makes tomorrow night’s event so exciting and if I can take it a step further, important. Generations will collide. Finally, young bucks like myself will get to live the Orr experience. No more hearing your father rave about "back when." The past will become the present on Wednesday night in Ames.

This reunion is happening at the perfect time too. With a little luck here and some magic there, Fred Hoiberg wants to return this program to the glory days it once saw. There’s no better time to officially get this Fred Hoiberg party started than Wednesday night, with the legend in attendance.

“I think that he (Orr) always has been and he always will be the most important figure in Iowa State athletics history,” Hoiberg said during his Monday morning press conference. “He meant the world to me as a coach. You could tell as a player how much he cared for you as a person. It wasn’t always just about basketball.”

Hoiberg still looks up to Orr for guidance to this day. Before Orr signed Hoiberg to play at Iowa State in 1991, Fred was a fan. Over time, Hoiberg became a passionate disciple of the run-and-gun style of basketball that made Hilton so magical.

“When Johnny got the job, I was sitting up in section 215 up in the balcony,” Hoiberg said. “I watched the exciting brand of basketball that he played. I was able to sit on the baseline as a ball boy to watch his teams fly up and down the floor, shooting threes with fun and exciting basketball. That’s what I am trying to do.”

“The most important thing that he told me was to put in my philosophy from day one.”

I cannot wait until 7:30 tomorrow night. To you Cyclones of an older generation than my own, teach us. For you green, wet-between-the-ears youngsters like me, embrace it.

To all of the Cyclone Nation…Be loud. Be proud. And when you get to work on Thursday, you better not be able to talk.