Here’s what I like about Iowa State’s crop of running backs heading into the 2011 football season. For the most part, these guys all do different things well.

Take Shontrelle Johnson and newcomer DeVondrick Nealy for instance. You think they’re alike? Yeah, they’re both fast, but according to running back coach Kenith Pope, both have different strenths.

“DeVondrick is different than Shontrelle. He’s more of a stick your foot in the grass and go down the field at 100 MPH,” Pope said. “Shontrelle will make five people miss in one spot.”

Jeff Woody is the power guy. Duran Hollis can pretty much do it all. James White is as slippery as snot.

And then there’s the other freshman Rob Standard.

“He’s so explosive. He plays physical football,” Pope said. “That’s the unique thing about him. He’s just so explosive and is really quick.”

Here’s something that you might not know about Standard. As a kid, Standard was trained to be a boxer. This football thing kind of fell into his lap.

"He fought for a long time. He is a very disciplined guy. He’d wake up early in the morning to jog and do all of those things to keep his bodyweight down. He went all over the country fighting,” Pope said. “I think that a lot of that has to do with being a former boxer. He has excellent feet and great vision.”

Nealy ran for 2,743 yards and 39 touchdowns during his senior campaign in at Monticello (Fla.) Jefferson County. Meanwhile, Standard was a two-time St. Louis Post-Dispatch offensive player of the year while rushing for 7,799 yards and 98 touchdowns over four seasons at St. Louis (Mo.) Chaminade.

“I’m excited about these new guys. Just like last year when I was excited about Duran and Shontrelle,” Pope said. “We have acquired a really good group of backs. The toughest job that I am going to have is deciding whom to put in the game.” 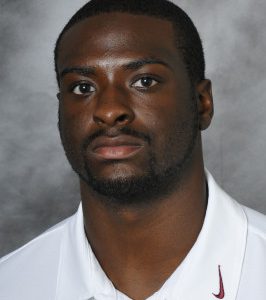