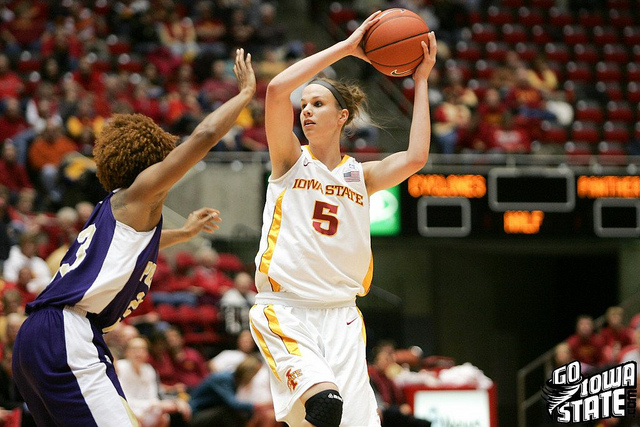 Playing a schedule that’s rarely challenged them the last month, the Cyclones are almost toying with opponents before putting them away. Sure, the victories won’t win any beauty pageants but the bottom line is No. 20-ranked Iowa State is 11-2 with one game left before Big 12 play.

“I don’t think anyone is ever where they want to be,” Kelsey Bolte said. “We are always going to keep trying to improve – do the little things we need to focus on, just get better as a team.”

After sluggish play for much of the game, Iowa State broke open it in the second half. Bolte drove baseline and scored to give the Cyclones a 42-29 lead. A few possessions later, Chelsea Poppens grabbed an offensive rebound and scored for a 49-36 edge.

Poppens carried the Iowa State offense for much of the game, and especially in the first half with 11 points. The sophomore finished the game with 17 points after scoring 18 in the Cyclones’ last game.

Hallie Christofferson iced the game with a pair of 3-pointers. The freshman went 3-of-4 behind the arc and finished with 17 points.

Players of the game

Iowa State coach Bill Fennelly did something Sunday that he doesn’t ever remember doing in his career – playing three post players at the same time. The new lineup responded in the second half with Hallie Christofferson and Chelsea Poppens playing lights out.

“You have to find a way to get your best five players on the court,” Fennelly said.

“It looked pretty good in practice and we thought we’d try it. I thought for the most part it was OK.”

Actually, probably better than OK. Christofferson and Poppens combined for 34 points and 12 rebounds. Anna Prins chipped in another seven points and seven rebounds.

“I’ve got a lot more confidence now that I’m making my free throws and my easy layups,” Poppens said.

Only a freshman, Christofferson has already scored in double figures seven times and is averaging 10.1 points per game this season. The Hamlin, Iowa native added a new dimension to her game on Sunday with three 3-pointers.

It seems like Kelsey Bolte sets some sort of record or reaches a new milestone each time she takes the court. On Sunday, the senior passed Pat Hodgson for 12th all-time in scoring in Iowa State history with 12 points to give her 1,276 in her career.

Bolte topped Hodgson with what else, a 3-pointer.

The senior has carried the load for much of the season for Iowa State averaging 15.7 points per game. Unfortunately for the Cyclones, Bolte might be wearing down, going only 4-of-13 against Chicago State. Fennelly said he needs to give Bolte a break to get her back on track.

"Kelsey didn’t play real well the last two games and that is 100 percent my fault,” Fennelly said. “I’ve asked her to do way too much, and that’s what I told her when she came out of the game. She’s trying to provide energy to 10 people.”

Remember, Bolte is the only Iowa State player who is not in either their first or second season in Ames.

–          Sunday’s crowd was by far the biggest Chicago State has played in front of this season. The previous high was 791 at Western Michigan. The Cougars last home game drew 246 fans.

–          Iowa State is giving up 49.9 points per game this season. Fennelly said there are zero issues with the defense, especially on Sunday.

The Cyclones will have their final tune-up before Big 12 play on Tuesday when Iowa State hosts North Dakota State at 7 p.m. The Bison are 6-6 on the season with one of those losses to Kansas by a score of 61-53. The Cyclones open the Big 12 season with a trip to Baylor on Jan. 8. 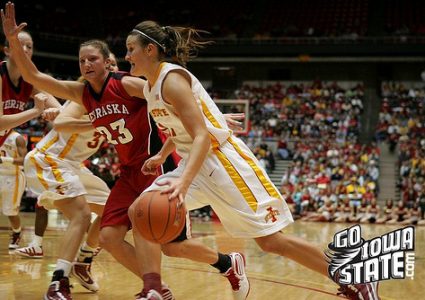