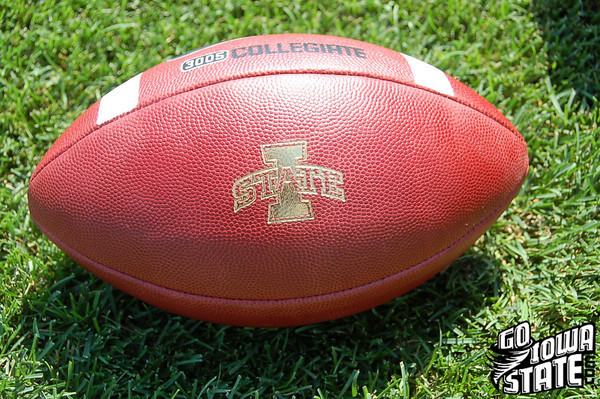 Note: The last two games from this week will be picked against the spread.

Iowa State @ Colorado – Can the Buffs rally around their interim coach and salvage a bit of their season this week?  Not with this determined Cyclone team coming to town.  ISU big.

Texas A&M @ Baylor – Could go either way with this one but I’ll go with the home team to prevail.

Kansas State @ Missouri – It’s amazing what two weeks can do to a team.  Missouri was once seeking a Big 12 Championship and now it looks like another trip to the Houston Bowl looms!  Regardless, Missouri gets a W this weekend.

Iowa (-10) @ Northwestern – Bizarre things tend to happen when the Hawks travel to Evanston but I think this year is an exception as the Hawks play a complete game and cover.

Oklahoma State (-6.5) @ Texas – With the prolific offense Okie State presents and the dismal year for Mack Brown and Co., this creates a recipe for a Longhorns beatdown.  Okie State covers.

Iowa State @ Colorado – Read my preview for this game by CLICKING HERE. I like ISU in a close one. Paul Rhoads is the key. 27-24 Cyclones.

Texas A&M @ Baylor – Expect the unexpected. After last week, that is how I will pick the Big 12 games from here on out. A&M is up. Baylor is down. Because of that, I’ll take the Bears 35-24.

Iowa (-10) @ Northwestern – Part of me thinks that Iowa has played their annual crappy game. Still, history proves too much here. Iowa 24, Northwestern 20

Oklahoma State (-6.5) @ Texas – Remember that I am expecting the unexpected this week. You’d think that I’d learn to just pick against the Horns every week from here on out wouldn’t you? Nope. Texas wins outright 31 to 30.

Iowa State @ Colorado – Cyclones have won exactly one game in Boulder since 1982. Regardless of who’s coaching the Buffs, it is not an easy task to win in the mountains. CU has talent and has played competitively at home. I have a feeling this comes right down to the wire. Iowa State 27 Colorado 24.

Texas A&M @ Baylor – I long for the predictable nature of the Big 12. Now it’s turned into flip-a-coin territory. I about had a melt-down on Saturday night when Texas was getting drilled by KSU, Tech rallied to beat Mizzou and A&M pounded OU. The world just didn’t make sense anymore. A&M 31 Baylor 27.

Kansas State @ Missouri – Don’t underestimate the Gary Pinkel collapse factor. History has proven that the Tigers under Gary, much like a teenage girl, panic when things go awry. Still think they have enough to get by the ‘Cats, but Vegas has this line at -13? Seems a bit high to me. Mizzou 30 KSU 24.

Utah @ Notre Dame – This game factors into my #1 rule in life: Never bet against Shaky Smithson in a game held in north-central Indiana. Can’t disobey the rules. Utah 31 Notre Dame 21.

Oklahoma State (-6.5) @ Texas – If Texas were a celebrity they would be doing a sit-down interview with Matt Lauer to explain how they fell apart in the past month. Usually something like stress, drugs, alcohol, or sex addiction. You don’t just disintegrate like this. Does not compute. Oklahoma State 34 Texas 27.

Iowa State at Colorado – Tough game for the Cyclones, who are probably a beat up football team after Nebraska game. Both teams in a letdown spot here coming off crushing defeats, but I’ll give a slight nod to ISU. Iowa State 23, Colorado 21

Texas A&M at Baylor – Aggies have found something since quarterback switch, but Bears will be out to make a statement after getting humiliated at Oklahoma State. Baylor 35, Texas A&M 30

Kansas State at Missouri – Tigers will be glad to be back home after three road games in four weeks. Missouri 38, Kansas State 21

Utah at Notre Dame – Another tough game to forecast because it’s tough to know where each team is at mentally after recent events. Utah 34, Notre Dame 24

Texas +6.5 over Oklahoma State – Big home win for Cowboys last week who are now in driver’s seat for South Division, but if Texas has any pride at all they’ll rise up here. Texas 28, Oklahoma State 27

Iowa State @ Colorado – Iowa State can not lose this game. Colorado is not good and even though Coach Hawkins got fired, they Cyclones are just flat out better than the Buffs. Iowa State wins 23-20.

Utah @ Notre Dame – Utah plays on the national TV and shows they are a lot better than what happned vs. TCU. 38-28 Utes

Iowa (-10) @ Northwestern – Iowa had their scare last week. I think they are ready to put it on Northwestern. Adam Robinson is back and the Hawks roll 28-17.

Iowa State @ Colorado – On Sunday I would’ve taken ISU, but after the Hawkins firing, I’m taking the Buffs. Why? Simple — for some reason teams, in every sport, seem to always win games after a coach has been let go. Insightful commentary? No. But that’s what my gut tells me.

Texas A&M @ Baylor – The "feel good" story that is the Baylor Bears is coming to an end. I don’t think the Aggies will be hung over from last weeks butt-kicking of the Sooners. I like aTm in a tight game, 32-29.

Kansas State @ Missouri – Home cooking will be the cure for a struggling Missouri team. Tigers win, 31-20.

Utah @ Notre Dame – This one could get real ugly. Utah is coming off a devastating loss, and Notre Dame doesn’t know how to win. Utes 45, Irish 20.

Iowa (-10) @ Northwestern – Ten points is too much in this series. Part of me thinks that the Hawks will win by double digits, but the smart bet is to take the Cats. Iowa wins 24-15.

Iowa State  @ Colorado – I can’t ever remember an Iowa State team that I enjoy watching more than this team.  They have so much heart.  They don’t give up.  They fight for each other.  As a fan, what more can you ask for?  They go into Boulder with the same gameplan and attitude and return to Ames bowl eligible.  Iowa State 31-20

Texas A&M @ Baylor – A&M off an emotional home upset of Oklahoma….means loss on the road.  Their defense still stinks and Griffin has his way with them in a 38-27 win.

Kansas State @ Missouri – See above.  Emotional home win makes it tough to go on the road and beat a good team.  Missouri has lost two in a row on the road and will be very happy to return home.  They get back on the winning track with a 35-20 win

Utah @ Notre Dame – Upset pick of the week.  Why?  I don’t really know.  I just feel it.  Utah got rocked at home in the biggest game of the year for them and now have to travel on the road to a hungry Notre Dame team coming off a bye week.  ND 27-24

Iowa (-10) @ Northwestern – Have you ever seen a luckier team than the Hawks?  It’s amazing.  Two years in a row the Hoosiers have kicked their butts only to have the ball bounce Iowa’s way.  Last year in was Sash’s crazy INT.  This year it was a dropped TD.  Kirk Ferentz will have no problem getting his players attention this week.  It’s a revenge game for Iowa as Northwestern ruined their perfect season last year.  Northwestern comes into this game after playing a horrible 2nd half against Penn State and will be low on confidence.  Hawks big.  34-17

Iowa State @ Colorado – ISU might be walking into a buzz in Colorado since The Hawk got fired this week.  But I think it’s a buzz saw without a blade.  I think ISU pulls this one out..  31-17

KSU @ Mizzou – Despite losing to Nebraska and TT Missouri is still a pretty good team.  They are exceptionally good at home.  Mizzou easily routs KSU.  35-14.

Iowa (-10) @ Northwestern – Northwestern has won four of the last five.  Pat Fitz has Ferentz’s number just like Ferentz has Joe Pa’s number.  I’m not even sure Iowa wins outright.  Easy call… NW and the points.

Oklahoma St. @ Texas – Texas has laid down, rolled over and found a cave to hibernate in for the winter.  Okie St has a shot at winning the South.  This is a game they would normally lose but I think things are on the right track in Boone Pickens land.  Okie St. 28-17.

Texas A&M @ Baylor – Tough game to pick but I like the Aggies to win in Waco.

Kansas State @ Missouri -K State has been up and down all year. I like the Tigers at home.

Iowa (-10) @ Northwestern – Everyone in Big 10 country understands how tough it is to get up for an 11am kick at Northwestern. Look for the Hawks to struggle early, pull out another 4th quarter win. NU covers. 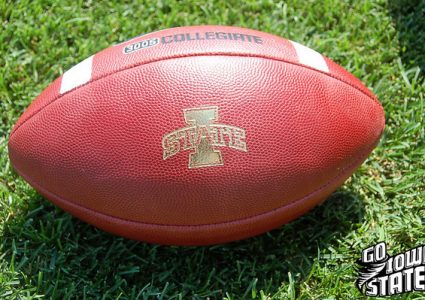