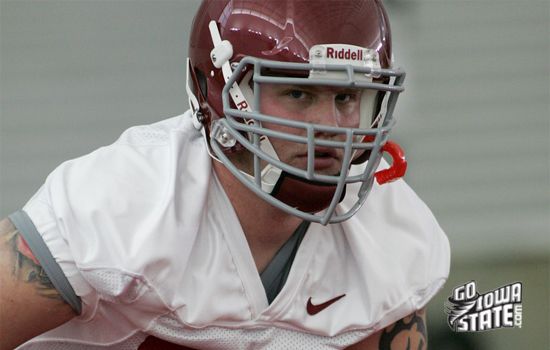 “It all starts up front.”

I’m willing to bet that the majority of you have either said or heard somebody else speak those words over the last couple of weeks in reference to the Iowa State football team.

That fact was never more evident than in Saturday’s 52-0 loss to Oklahoma. On the offensive side of the football, I’m bringing some good news today fanatics.

Help is on the way. In fact, it is already here.

In Paul Rhoads’ first true recruiting class at Iowa State, six offensive linemen signed with the Cyclones. Five of those men were high school prospects. One came from a junior college. All of those players are currently redshirting and according to head coach Paul Rhoads, this could be one special group.

“We have leaned them up and trimmed them down,” Rhoads recently told CycloneFanatic.com. “I think that the next major goal for them is to put on some body weight.”

In speaking of the five freshmen, Rhoads said that the majority of the prospects currently weight anywhere from the mid-260’s to the mid-270’s.

“In a year from now, they need to be in the 290-range or better,” Rhoads said. “They have good athleticism and a good understanding of what we are doing. They have good length to them. There is a huge upside to all of those guys.”

Jon Caspers (pictured above), a 6-foot-4, 292-pound junior college transfer, was physically ready to play this season but according to offensive line coach Bill Bleil, both Caspers and the team will be better served by a year of development.

“He was fine but there just wasn’t a huge need for him,” Bleil said. “With anybody, there is always a transition. Whether it be offensive philosophy, terminology or just speed of the game. He will be better for it.”

The freshmen in the class have been lining up like this during Sunday night scout team scrimmages.

“I think there will be a number of them who will compete for starting positions,” said Bleil. “It is a close group and it is a good group. They want to be great. They spend the extra time already. That isn’t always how it is with those kids. Sometimes they wait until it is their turn.”

Playing time will for sure be up for grabs at two spots on the offensive line next season. Here’s a look at Iowa State’s current depth chart up front.

At the center position, numbers one and two on the depth chart, Ben Lamaak and Sean Smith are both seniors. Farinok could be the front-runner to grab this position when spring football rolls around, unless the coaches have a position swith in mind for somebody.

Alex Alvarez will need to be replaced at left guard. Due to the way the depth chart looks right now, I assume that Caspers will slide into that spot.

There’s also a possibility that junior left tackle Kelechi Osemele could head to the National Football League a year early.

Iowa State has one known offensive line verbal commitment for the recruiting class of 2011. That’s Brock Dagel, a 6-foot-7, 245-pound prospect out of Cherokee, Iowa. 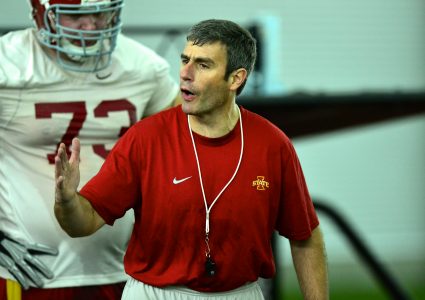