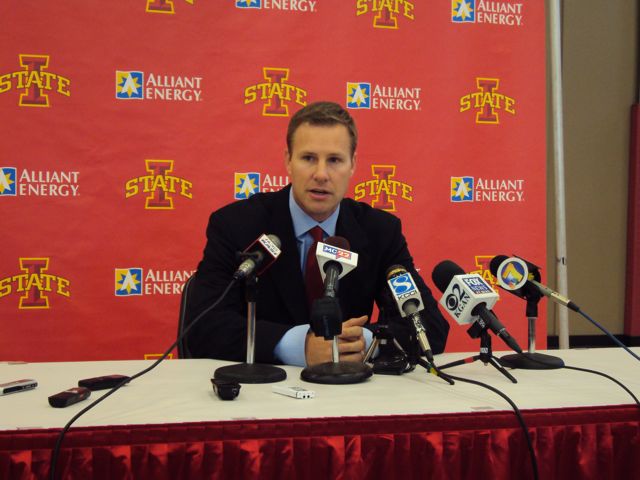 Fred Hoiberg experienced his first ever Cyclone men’s basketball media day this afternoon. Ready or not, hoops is here fanatics.

Click below to listen to Hoiberg’s media day press conference.

Also, remember to subscribe to "Cyclone Fanatic" in the ITunes store to automatically have these audio files downloaded to your I’Pod.