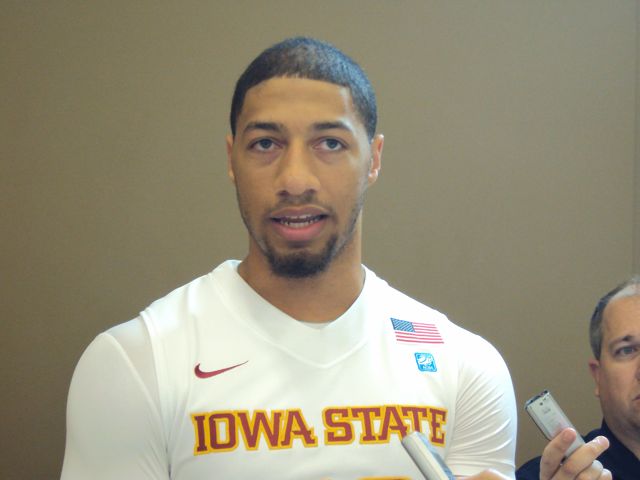 Within a program full of so many unknowns in year number one, Iowa State’s 2010 men’s basketball team is confident about one thing. That is the fact that nobody is giving them a chance to do much of anything this season.

The Cyclones were recently a unanimous last place selection by coaches in the Big 12 Conference. You won’t read, listen to or watch any Cyclone love in the local or national media either. Minds have already been made up. These Cyclones will struggle to win games. Don’t tell that to freshman Calvin Godfrey.

“I quite honestly don’t care,” Godfrey told CycloneFanatic.com. “Everybody has their opinion. All we can do now is prove them wrong. For the past couple years in high school, I’ve been an underdog anyway. I’ll be an underdog in college too.”

I then took this conversation a step further and asked Godfrey if he enjoys the underdog role. Not so much.

“I don’t prefer it to be that way but if that’s the way it has got to be then that’s where it is at. I am still going to go out and do what I have to do,” Godfrey said. “We don’t care what anybody thinks about us. We are going out there to play for Coach Hoiberg and everybody at Iowa State as a program.”

Godfrey’s comments echoed many Cyclones during media day 2010, that took place on Wednesday afternoon in the Sukup Practice Facility.

“I think that we can definitely surprise some people,” said Royce White. “I play with these guys every day. They’ve got a lot of heart. Coach has some great schemes so with those combinations, it is going to be tough for us to place last.”

As expected, we didn’t learn anything new about Royce White’s status for the upcoming season.

“I’m just staying positive and getting ready for the season either way, no matter what happens,” White said. “If I can’t play, I’m going to cheer. If I can, then I’ll suit it up and get ready to go to war.”

Iowa State’s season will tip off on Friday, Nov. 5 in an exhibition against Dubuque. The Cyclones’ first regular season game will be on Friday Nov. 11 when Northern Arizona comes to town.

CF will bring you a lot more coverage of media day in the coming days. Stay tuned.