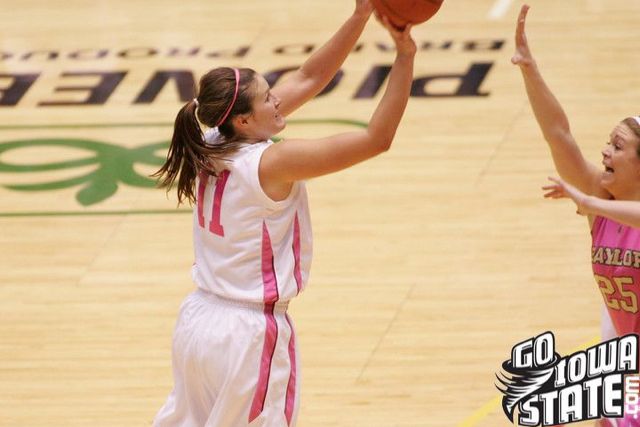 It seems awfully early to be talking hoops doesn’t it? Regardless, Iowa State held women’s basketball media day on Monday and as always, a jovial Bill Fennelly discussed the upcoming Cyclone season. Here are some notes that I took. Also note that we’ll be posting photos (from GoIowaState.com) along with features written by Ian Smith coming up later this week here at your leader for Iowa State information, CycloneFanatic.com.

CLICK HERE to listen to the entire press conference.

PG position is up for grabs

Reporters asked Bill Fennelly about 14 different questions in 14 different ways regarding his point guard situation heading into the season. And 14 different times, in only one way, Fennelly was brutally honest.

“I don’t know who the point guard is going to be,” Fennelly said. “This is the first time in my 16 years at Iowa State where I don’t think we can go into a season feeling that we have a legitimate, true point guard to lead our team.”

“We have five players who we are going to try. I told all of our point guard candidates that everyone in life wants and opportunity at whatever we do. There aren’t five people in America who have a better opportunity than the five people trying to play point guard at Iowa State.”

“We lost the two best defenders that we have ever had here,” Fennelly said. “It’s not just getting into an offense and finding ways to score points. It goes to both ends of both floors.”

In addition to that, whoever it is running the show, there is a fine crop of returning frontcourt talent to show her the way.

Ian Smith will be providing a much more in-depth report on the point guard situation along with an introduction to the team’s newcomers later this week.

Good news. Sophomore Anna Prins is 100 percent healthy heading into this season. Prins averaged 9.9 points and 4.2 rebounds in 22.4 minutes per game in a true freshman year, where she missed 64 days of practices/competition due to an illness.

Iowa State has one senior on its 2010 women’s basketball roster. That is Kelsey Bolte, who averaged 12.3 points and 4.5 rebounds during her junior campaign.

With Alison Lacey being gone, Bolte will have no choice but to take on another role this season. She’s now the lone leader.

Whoever Iowa State’s point guard is won’t have much time to ease into the situation. The Cyclones boast what Fennelly calls one of the most daunting schedules he’s seen since arriving in Ames 16 years ago.

“It is one of those situations where it wasn’t by design or we weren’t trying to avoid it,” Fennelly said. “Sometimes it kind of just falls together that way. This is a year where we have to go to UNI and to Iowa. Both teams were in the NCAA Tournament and have everyone back from last year’s team.”

In addition to the in-state rivalry games, Iowa State’s non-conference slate features a home game against Michigan and a trip to the Paradise Jam Tournament in the Virgin Islands over Thanksgiving. The field isn’t your ordinary holiday tournament though. Along with TCU, the Cyclones will take on Virginia and West Virginia in the round robin. Note that in this year’s Athlon women’s college basketball preview, West Virginia is ranked ninth. Virginia is ranked 22nd and the Cyclones sit at 18.

Mark Monday, Nov. 15 on your calendar. That’s the night that the Drake Bulldogs will come to town. It is also the night that Bill Fennelly could win his 500th basketball game. You’ll probably want a ticket to that one. Right now, Fennelly, a three-time finalist for the Naismith Coach of the Year Award (2001, 2002, 2005) is sitting on 498. Iowa State’s regular season will tip off against Western Illinois on Nov. 13. The exhibition season begins on Thursday, Nov. 4, vs. Minnesota State-Mankato.

Baylor, the odds on Big 12 favorite

Baylor is a heavy favorite to win the Big 12 championship this season. With Brittney Griner, a unanimous All-American returning, our friends in Waco are thinking national title.

“Baylor will be without question the team to beat,” Fennelly said. “It will be the same people.”

Fennelly told the media that he voted (in this order) Baylor, Texas A&M, Oklahoma and Kansas as the top four teams in the league.

“That’s who I picked,” Fennelly said. “I don’t think there is any question that Baylor will be a prohibitive favorite over a 16 game schedule.” 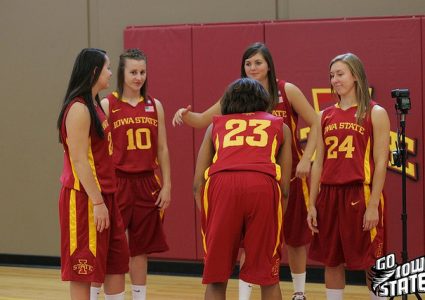 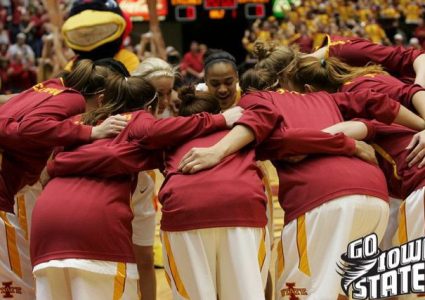