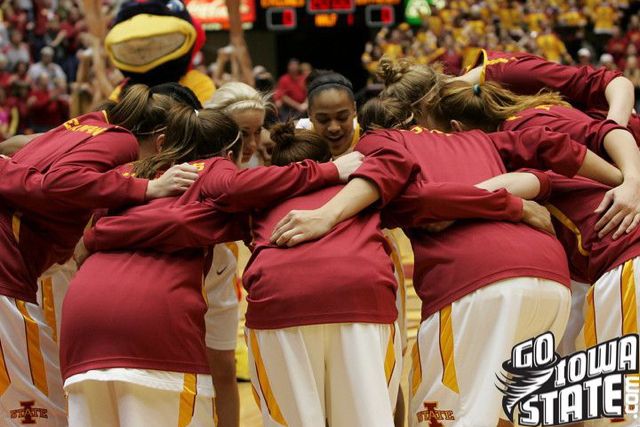 On Sunday, Iowa State’s women’s basketball team wrapped up 2010 with an ugly loss to UCONN. But heading into this season, was there really such thing as an ugly loss in the Sweet 16?

The 2010 Cyclones wrapped up the season with a 25-8 record, while going 11-5 in Big 12 Conference play. Let’s take a look back at some of the highs and lows of this past season.

Best Win: A handful of wins would make sense in this category. The Cyclones 73-71 overtime win at Texas on Jan. 23 firmly established this team as an NCAA Tournament contender. Right after that, on Jan. 27, Iowa State handed Oklahoma a 63-56 loss to prove that the happenings in Austin weren’t a fluke. I’m going with Feb. 13’s 69-45 whooping of Baylor for the season’s greatest victory though. The Cyclones sunk 16 3-pointers in that contest, while holding Baylor to 32.7 percent shooting from the field. They also held Brittney Griner to only 10 points.

Worst Loss: Iowa State’s worst loss of the season came back on Nov. 22, 2009 with a 78-75 loss at Drake. It was only the second game of the season for the young Cyclones. Anna Prins, Chelsea Poppens, Chassidy Cole and Jessica Schroll were just getting their feet wet at the time. Amanda Zimmerman didn’t even play in that contest.

Best Individual Performance: Alison Lacey recorded a triple-double in Iowa State’s convincing 85-66 win over Iowa back on Dec. 10, 2009. Lacey’s 19 points, 11 rebounds and 13 assists accounted for only the second triple-double in Cyclone history.

Biggest Story: It’s no doubt that Alison Lacey’s battle with pneumonia at the end of the season was the biggest story from the 2010 season. Lacey just can’t catch a break in the month of March. It seems like she is fighting something at the end of every season. It was mono during her junior campaign. It’s hard not to think about what could have been, had Lacey not come down with the illness. Iowa State was 19-4 through Feb. 13. That’s when Lacey was completely healthy. She then missed the Nebraska game on Feb. 17 due to a minor concussion. The team didn’t play horrible with their leader out of the lineup, going 4-3 over the next six competitions. But two losses to a good Oklahoma State team, specifically one in the Big 12 Tournament really hurt in the end. It’s hard to imagine the Cyclones not winning both contests with Lacey in action. Had Iowa State won a coupe of Big 12 Tournament games, their seeding could have been better in the Big Dance, meaning the possibility of avoiding UCONN in the Sweet 16.

– Iowa State was the Big 12’s best at scoring defense, giving up only 53.5 points per game. That’s three full points better than any other team in the league. Opposing teams only shot .357 percent from the field against Iowa State this season.

– Free throws were never a problem for Iowa State, who shot 74 percent from the charity stripe as a group in 2010. That mark was the second best in the Big 12.

– This next number shouldn’t shock anybody. A Bill Fennelly team led the Big 12 in 3-point shooting. The Cyclones knocked down 38 percent of their long balls this season, going 261-for-687.

– Iowa State was the Big 12’s second-best rebounding team this season. The Cyclones outrebounded their opponents by an average of +8 on throughout the year.

– Iowa State had the second best assist-to-turnover ratio in the Big 12, at .99. The Cyclones averaged 14.2 assists per game on the year, compared to 14.4 turnovers.

– I could write a book about Alison Lacey’s career at Iowa State. Lacey’s final 2010 stat line looked like this: She averaged 15.8 points and 4.9 rebounds per game. That’s all while recording 6.23 assists per game, which was second best in the Big 12. Lacey was the Big 12’s second best free throw shooter, going 94-for-107 at .879 percent. Lacey led the Big 12 in assist-to-turnover ratio at 2.97. Lacey ended her Iowa State career with 1,620 points. That makes her the sixth all-time scorer in school history. It is likely that we’ll see a banner with her name on it hung in Hilton Coliseum at some time in the future.

– Freshman Chelsea Poppens led Iowa State in rebounding this season at 7.2 per game. That stat was good enough for ninth in the Big 12. Poppens was the league’s fourth best offensive rebounder at 3.21 per game. Poppens was also a 49 percent shooter on the year. That stat put her at 11th in the league.

– Kelsey Bolte had a solid junior campaign for Iowa State, averaging 12.3 points per game. It was her game beyond the arc that drew all sorts of attention. Bolte averaged 2.63 3-pointers a game, while going 84-of-205 on the season. That’s a 41 percent mark for Bolte, who was second in the Big 12 in that category. Texas’ Kathleen Nash led the league in 3-point percentage at 47 percent, but she only attempted 144 threes.

Nebraska’s Connie Yori was a no-brainer for Big 12 Coach of the Year honors. Taking a program with literally no history at all to an undefeated regular season and a number one seed in the NCAA Tournament was phenomenal. Having said that, I’m not so sure that this wasn’t the best job of coaching that Bill Fennelly has done in his career. All season long, Fennelly talked about how he has never “coached a team so hard.” That makes a ton of sense.

In another item of note, Fennelly ended 2010 with 498 career victories. I guess we should all expect a big party in Hilton for the second game of next season right?

Iowa State is an elite women’s basketball program in the country. Only five teams qualified for the Sweet 16 for each of the past two seasons. Iowa State is one of them, joined by Baylor, Oklahoma, UCONN and Stanford.

Iowa State cannot replace Alison Lacey. The chore of this offseason will be to find a point guard who is capable of being just that. Being a point guard. Whoever steps into the position for Iowa State won’t need to score. Keep in mind that in addition to Lacey, Denae Stuckey won’t be coming back either. That’s a big hole in the defense.

Looking ahead, three soon-to-be sophomore post threats will only get better. Whitney Williams and Jessica Schroll will grow as players. Kelsey Bolte is one of the best shooters in America. The makings are there for another Sweet 16 run next season. Ultimately, it will all come down to the point guard position. 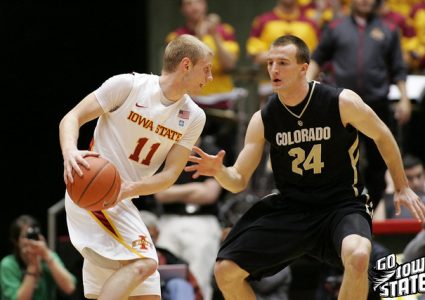