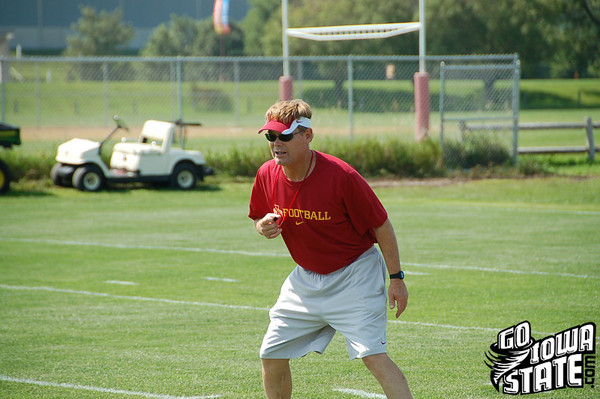 Due to massive flooding that took place on Iowa State’s normal summer practice field, the Cyclones went to work inside of the the Bergstrom Indoor Practice Facility on Monday. The session marked day four of Iowa State’s summer camp, and day one of practiced with full pads.

How did your secondary look today?

BE: I think okay. They are coming along pretty good. We are doing a lot of things. The combination of us doing as many things as we’ll need for an entire season with trying to match up against what our offense is trying to do for an entire season is really pretty complicated. In training camp, that is hard to do. Our guys are mentally handling it pretty well.

I know that you worked with these guys some in the spring but what have your first impressions been of this group this summer?

Can you talk about some of the progress you have seen from some of your young guys like Jacques Washington and Jeremy Reeves?

BE: Well Jeremy Reeves, I don’t really consider him a young guy anymore. He played some last year. He is a very smart player. I expect that he will have a major role this year on our team as a corner. Jacques is a good young player who I think is going to have a bright future here. The thing that is tough for Jacques right now is that we are playing him at two positions. He is playing at nickel and he is playing at safety. That is a tough combination for a young guy to learn both positions. But it is going to be good for him in the long run. We will get a lot out of Jacques in the future.

The secondary returns the most experience on the defense. Can your group be the backbone of the defense this year?

BE: If you are saying, ‘is the secondary the group that we can count on for stability?’ I hope so. As far as being the backbone, the backbone is always the guys up front. The backbone of the defense is always the front four and the linebackers. The guys on the back end have to be consistent and you have to be able to depend on them. I am really hopeful that this will be a group like that.

What is it going to take for them to get to that point?

BE: Consistency. Consistency, every day. They need to stay as coachable as they are right now. They are very coachable. They are listening. They try to do extra things. It is hard to do anything extra in training camp because we take all of their time but having said that, they are doing a good job of spending any extra time we have on getting better.

Leonard Johnson was awfully tough on himself during the offseason. What have you seen from him early on in camp?

BE: Leonard has a great attitude right now. His attitude was really good when I got here. He has pushed himself. He feels like he can be a lot better than he was a year ago. He is really doing all of the extra things. He had a really good summer. He did a lot of studying on his own. He worked extra hours on his own. I expect that he’ll have a good year just because he is listening and trying to improve on things that he needs to get better at.

How does this secondary compare to your first secondaries when you have gone to different schools?

BE: I like this group as much as any that I have ever had as far as working with them and having fun with them. I think we have the makings of a good group. It is hard to tell right now because we haven’t been though a game season with these guys but I would say that they are comparable to some of the really good groups I have worked with.

For a photo gallery from today’s practice, CLICK HERE. 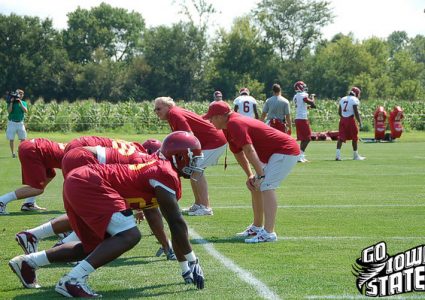 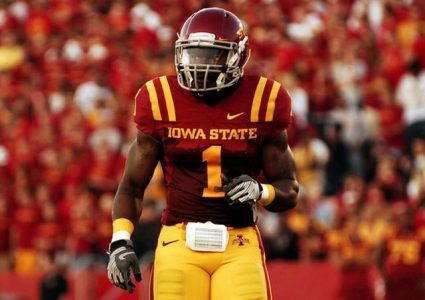