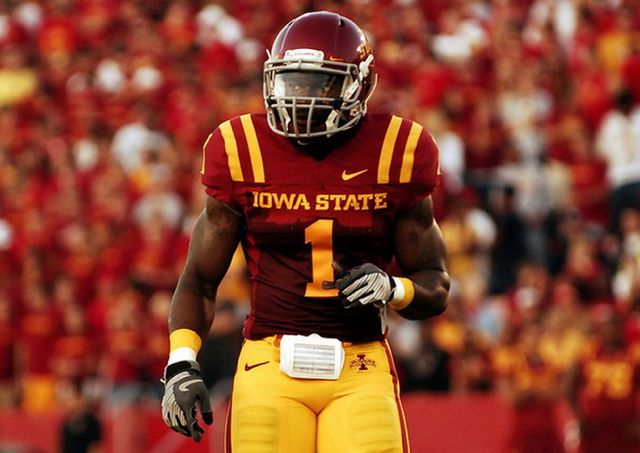 Bob Elliott is back in Ames for his third tenure as an Iowa State assistant football coach. Elliott was at San Diego State last season and is excited to be a Cyclone again. Iowa State’s new secondary coach spoke with members of the media after practice on Tuesday evening. In this conversation, he talked about his own personal situation along with the status of Iowa State’s defensive backs heading into the 2010 campaign.

What are some of the similarities and some of the differences from your previous time in Ames?

BE: I have been here three times now. I don’t know if you remember but I was with Donnie Duncan back in the 80’s. I am trying to cover all of the decades. The facilities have gotten better obviously. When I was here with Dan (McCarney) in the early 2000’s, the support for the football program really started to grow. The game day atmosphere really started to get exciting. I think that has carried over now. That is a huge part of the success that Iowa State is having right now. It helps us in recruiting. It is contagious for our players. Those are the things that I have noticed that are different.

What are your first impressions of the talent level with this roster?

BE: It is hard for me to judge that. I have been away from the Big 12 now for a few years. I am not familiar with the other teams in the league as much as I was. I think that like any team, we have a higher talent level at some positions than others. It will probably change year to year. Sometimes you have young talent that is on the way up that may not look like it on Saturday because they are just learning, but in time, they will be really good players. Sometimes you cycle through and you get seniors at a position where you are good. I think that we have a mixture.

As far as the secondary goes, what have your impressions been?

BE: I like those guys. I think we have some guys who can play. Now, we just have to be consistent. I think that Leonard Johnson has done some good things here. Ter’ran Benton and David Sims, Mike O’Connell, they have all played quite a bit from scrimmage. They will have a chance to have good years. I see improvement in those four. There others who have developed and are developing right now.

You looked at Dave Sims back in the day right?

BE: We tried to convince him to come to San Diego State. Obviously, we didn’t do a good enough job. I am glad that it worked out that way.

Can he be an All-Big 12 safety type of player?

BE: There are some parts of his game where I would say yes. There are other parts of his game that need work. He knows that. We are working on that right now. We are trying to make him a complete player. He is physical. He can tackle. We are trying to make him a more complete player. If that happens, he can be as good as he wants to be.

What does he need to work on?

BE: I think last year his strengths were near the line of scrimmage. He was an excellent tackler and a good, physical run player. We are trying to round his game out with pass defense a little bit. He’s not a bad pass defender. It’s just that we expect so much out of him that just being average at something isn’t good enough for us, and I don’t think it is for him either.

How much was working for Coach Rhoads part of the draw in you coming back to Ames?

BE: That is the other part of what is really exciting about Iowa State. He is as inspirational football coach as there is in America. I have been around a lot of good football coaches and worked for a lot of them. But I have never seen a guy who is as motivated and is teaching our players all of the time, all day long. He is amazing to me. When he is talking to the team, I sneak up into that huddle and listen because it is lot of fun and what he is saying to them, is important. The way that they believe in him, those messages are getting through. I am really impressed with Paul.

What do you want the secondary to achieve this spring?

BE: I would like us to be able to intercept passes, force turnovers and have consistency, which means denying big plays. I want us to be good tacklers. I think that they were good tacklers for most of the year last year. We need to get better. In the Big 12 now, you have to be a great tackler to play on the perimeter because of all the space that you have to play in, with all of the spread formations and the wide-open offenses. You have to be really good and athletic in the open field. Otherwise, you’ll give up huge chunks of yards.

How much adjusting have you had to do in this transition?

BE: There is always a lot of learning and a lot of adjusting. That is not different. I have been lucky in that the system we run here is similar to the system we ran at San Diego State. There is a lot of background that is similar. It is all intertwined. Wally Burnham came from a system that was really Kansas State oriented, Bill Snyder, Bob Stoops, Jim Levitt and Wally Burnham down at South Florida. I was at Kansas State with Bill Snyder, who did the same things. Paul Rhoads, I followed him here. I worked in the aftermath of Paul, teaching his system here. Between the two systems that I am used to, there is really a lot of familiarity.

Leonard Johnson talked with us about the work he has put into things this offseason. He said that he has watched film with you and what not. Can you talk about that?

BE: The first thing about Leonard that I am impressed with, he is physically a talented guy but his attitude is so good. He is hungry. He is humble. He realizes, and he told me this the other day, that he really didn’t compete at the level that he wanted to last year because he got a little bit full of himself. That’s a mature guy that can say that about himself. I am really impressed with Leonard’s attitude. As long as he stays hungry and coachable, he can be as good as he wants to be as well.

What have you noticed from watching film?

BE: I have watched film mostly from scheme standpoints. I haven’t studied a lot of individual techniques of guys. I don’t want to make those kind of judgments. I just want to see them on the field. I think that Leonard has been very well coached. He is not sloppy in any way technique wise. It is tough for a guy to have different position coaches throughout his career. Luckily, we aren’t changing much in this particular change.