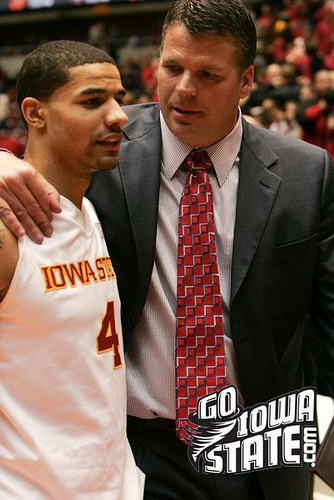 Here’s a new one for you Fanatics. After a season filled with injries and disappointment, I’ve actually got some good Iowa State men’s basketball news today.

Soon-to-be senior Charles Boozer is recovering nicely from his ACL injury this past January. In fact, yesterday marked the eight-week anniversary from his successful surgery. It was also yesterday that Boozer ran on a treadmill for the first time since going down against then top-ranked Texas on Jan. 13.

Boozer’s injury couldn’t have come at a worse time for him or his Iowa State teammates. The game before he went down, Boozer led the Cyclones with 19 points as he willed Iowa State to survive, 73-71, against lowly North Dakota State. That was without question Boozer’s best game ever as a Cyclone.

Then, the injury came and from there on, Boozer was like each and every one of you. He was a Cyclone basketball fan for the rest of the season. You all know from experience that being an Iowa State hoops Fanatic was not easy in 2010.

“It was tough to watch the guys in the locker room when they were always sad and upset,” Boozer said. “I would watch a home game and look into the stands and see 10,000 people there who were just as frustrated as I am. I am now a spectator. I felt what they felt like. I am more motivated to help the fan understand that I care just as much as they do. When I get back, I do hope to have that fire back and to have everybody excited again about Cyclone basketball.”

Boozer is often times referred to as Iowa State’s “spark plug” off the bench. That’s what I call him at least. Coming off of the injury, Boozer hopes to step that tag up during his senior season.

“It is nice to have somebody say that you bring energy to a game,” Boozer said. “Hopefully next year, I can make something spectacular happen every game.”

At this point in time, it appears as if Boozer will be back up to full speed by sometime in June. That’s according to Iowa State’s assistant director of athletic training, Vic Miller.

“I think it is safe to say that he is ahead of schedule,” Miller said. “He has got some impressive reports from his attending surgeon. He is very pleased with the way that things are going.”

Over the past three seasons, Boozer has become an Iowa State fan-favorite for one reason. That’s his hustle on the court. There is never any question as to if Boozer is giving it everything he’s got. Boozer has taken that attitude to the training table as well.

“When he comes in here, he gives it everything that he’s got. That is something that we are very pleased by,” Mille said. We knew that we were going to get it from him because he is very focused and very driven. I fully expect him to be able to start playing in June, pretty regularly.” 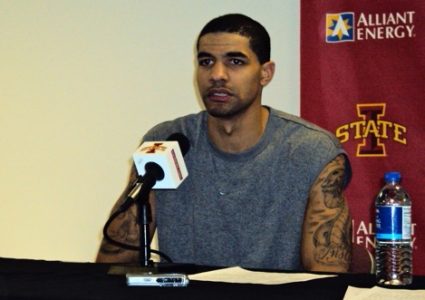