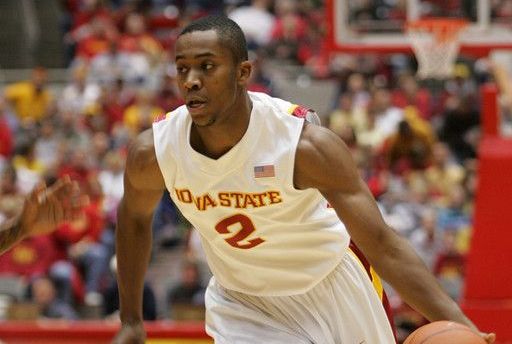 Happy Thursday Fanatics! What a beautiful day to wake up in Central Iowa, or wherever else you are logging on from here this morning. Yes, the Clones dropped to 2-7 in the Big 12 last night in a 65-56 loss to Missouri, but life can always be worse right?

Just trying to make you feel better. Here are some quick thoughts on last night’s game.

It’s really hard for me to come on here and rip the team after the last two performances, especially the Missouri game. Iowa State was playing against Mike Anderson’s “40 minutes of hell” attack with essentially six guys. I count Dominique Buckley and Scott Christopherson as one full man, when combined. No offense to either one of them but Christopherson is very sick and for one reason or another, Buckley never plays.

LaRon Dendy being gone (at his great grandmother’s funeral) last night was just the icing on the cake.

Last night, I saw a group of players that worked hard, played with a lot of heart and ultimately lost to a better team. Obviously, that’s not what fans are looking for in the middle of February from their favorite team. I get that.

At the end of the day, this team just has an awful time when it comes to scoring and that starts with your guard play. We all love Chris Colvin. He has a great future at Iowa State but the freshman was 1-of-9 from the field last night. Diante Garrett wasn’t much better going 4-of-10. Then there’s Christofferson, who was 0-of-3.

We all owe Christopherson a huge round of applause at the end of the year for continuing to play with mono, but over the past few games, it has become painfully obvious that the scrappy Wisconsin native is really hurting out there. His legs are shot. When your legs are gone, it makes knocking down 3-pointers like Iowa State needs him to do awfully difficult.

I guess I am to the point where I’d like to see Buckley get more time at the off-guard position, in order to rest Christopherson more. Buckley is 7-of-15 from the 3-point line this season and is at least healthy. I say that having no idea what he looks like in practice on a daily basis.

I hate to bring it up, but Lucca Staiger not being here is killing this team. Iowa State hit their first 3-pointer of the game last night with 12:28 to go, and that was by Dominique Buckley, who played only eight minutes. In 17 games this year, Staiger hit 48 3-pointers. In the seven games since he left, Iowa State’s team as a whole has made 37 long balls. Yes, that is everybody combined.

I’ll touch on a few positives here today too.

I loved the way the Cyclones came out and defended Missouri last night. Iowa State was only down by four points with 13 minutes to go, while at the time, shooting only 29 percent from the field. There is no way I would have believed that the game would be that close if you would have told me that before hand.

Another positive was the fact that Iowa State only turned the ball over 14 times. That’s actually really good against Missouri, the top turnover forcing team in America.

I get it though Fanatics. You’re past the point where you want to come on here and read positive statistics after a loss.

I’ve got an exciting day on tap. At noon, I’m going to interview Bo Eason, the start of the Des Moines Civic Center’s Runt of the Litter. I’ll be doing a VLOG with Bo here for the site and will also be attending the show this evening.

Bo played defensive back for the Houston Oilers back in the 80’s and is now enjoying a successful career as an actor. I’m looking forward to talking with him about the show and promoting it here on CycloneFanatic.com.

We’ll have more for you throughout the day.