Ejim, a 6-foot-6, 205-pound wing out of the Brewster Academy in Wolfeboro, N.H. told CycloneFanatic.com before the game that despite Iowa State’s struggles early this season, he is still super-excited to step onto the Hilton Coliseum floor next season.

“Hopefully I can really come in and play a lot and play well. I think that I am the type of player, with my intensity that I can bring it to the team. Intensity on the floor,” Ejim said. “It is going to be fun to see how everything goes, how we mesh together and how we play during the season.”

The Brewster Academy is currently 22-3 in their 2010 campaign. In a game against the Hotchkiss School on Thursday night, Ejim scored 10 points while recording 12 rebounds. Ejim is known as a lockdown defender that could very well crack Iowa State’s starting lineup as a freshman next season, specifically if Marquis Gilstrap doesn’t get another year from the NCAA. Ejim said that he’s made notable improvements to his game over the course of this past calendar year.

“My jump shot is better,” Ejim said when comparing his game this year to last. “I’ve been working on my handles. I think that I am ready to play and I’ll be there soon.”

What does he still need to work on before coming to the Big 12?

“Ball handling,” Ejim said. “It has gotten better but you can never stop working on that. My jump shot is the same way. Those are two things that I need to work on.”

Unfortunately for everybody involved, Ejim didn’t see the Cyclones win on his official visit. Ejim gave me his take on Iowa State’s 2010 Big 12 struggles.

“They have been playing well but sometimes it just comes down to the wire,” Ejim said. “They can’t really pull it out. The Texas game and the Oklahoma game went down to the last couple of minutes. They haven’t been able to pull it out. They could be playing better.”

Cyclone fans were one of the big reasons why Ejim committed to Iowa State in the first place. That’s what he told me the day he pledged to the Cyclones. Ejim confirmed that again today.

“The people are here all of the time to support. It is going to eventually be a crazy place to play. I am excited,” Ejim said. 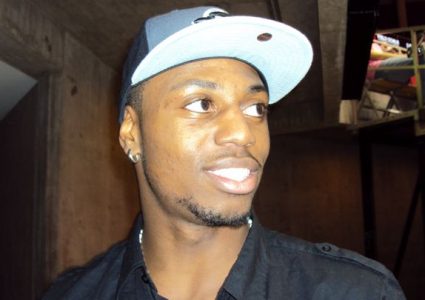 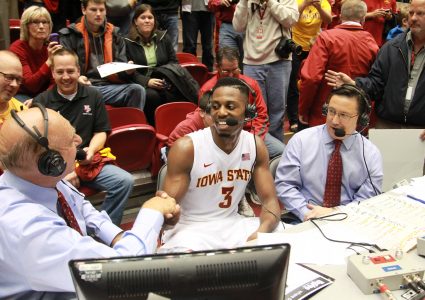