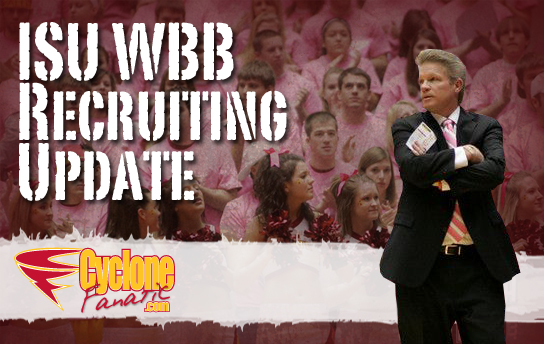 Jadda Buckley spent her summer racking up frequent flier miles and playing basketball all over the United States, but she saved her most important stop for last.

The Mason City prep will take her official visit to Iowa State this weekend. Buckley committed to the Cyclones last November.

“I’m so excited for the official visit and being able to spend time with the girls on the team,” Buckley said.

Iowa State probably feels the same way. Buckley is ranked as the No. 33 best player in the class of 2013 by ESPN after playing in tournaments in Georgia, Orlando and Virginia during the summer.

“Iowa State is an amazing place to be,” Buckley said.

“As much as I’ve been to Ames, I’ve never really seen Iowa State’s campus. I’m really excited to see that. Everybody tells me that it’s beautiful.”

Joining Buckley for the big recruiting weekend will be highly touted guards Rebekah Dahlman and Tyseanna Johnson – both from Minnesota.

Along with taking in the sights and attending the football game, Buckley plans on helping Dalhman and Johnson see the benefits of wearing the Cardinal and Gold.

“Obviously, I’m going to push for Iowa State,” Buckley said. They are both two phenomenal players. Playing against them, I’ve seen how hard they work every possession and their knowledge for the game that’s something you want to play with.”

Buckley is very familiar of their talents because of the tournaments this summer. Those games are vital to a player of Buckley’s caliber. Instead of playing in open gym, she is competing against the top players in the country improving her all-around game.

That should help when Buckley and her Mason City teammates start practice next month. After going to the state tournament for the first time in school history last year, the goal is pretty lofty for this season.

“We all want to get back to Wells Fargo,” Buckley said. “We’ve been there the last two years. The big joke around our school is not getting past the first round. We really want to get past that first round and make a run at the title.” 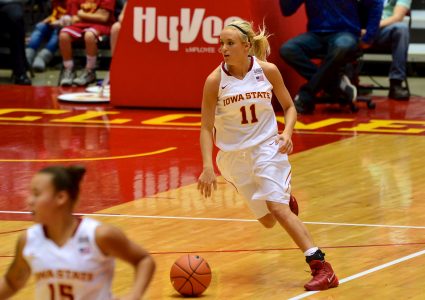