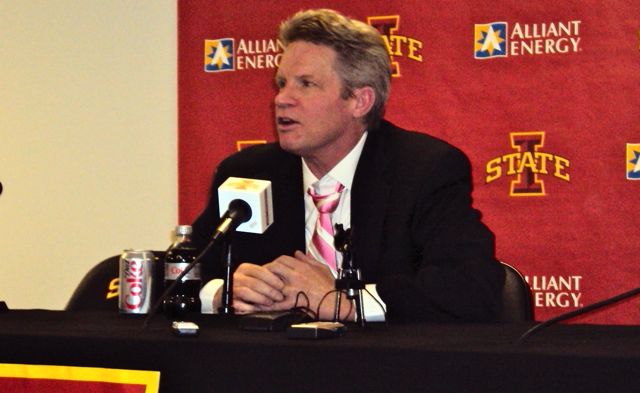 The big story of the game was the fact that senior Alison Lacey did play for Iowa State and she played very well at that. Lacey scored 17 points and dished out eight assists after missing Wednesday’s game against Nebraska due to a concussion. With those eight assists, Lacey became the first Iowa State player in history to record, 1500 points, 500 rebounds and 500 assists in a career.

– Iowa State has out-rebounded their opponents in 21 out of 25 games this season.
– The Cyclones swept Missouri for the third straight season.
– Missouri only had 12 points at halftime.

Click up above to watch and see what Iowa State head coach Bill Fennelly had to say to the media after the game.