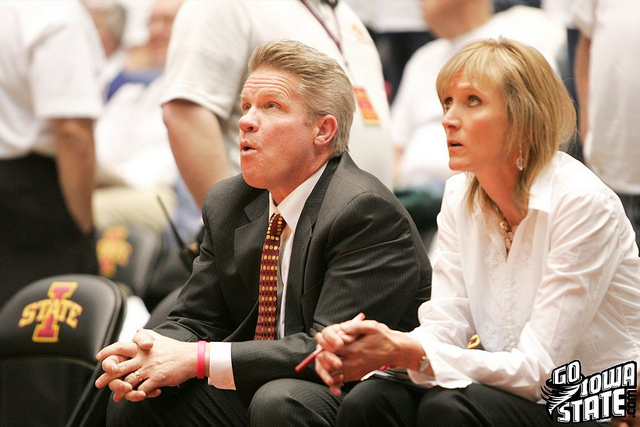 AMES, Iowa – Chelsea Poppens scored a game-high 22 points and grabbed a game-high 11 rebounds as Iowa State routed Northwest Missouri State, 80-33 in a season-opening exhibition for the Cyclones in Hilton Coliseum.

Senior Anna Prins and newcomer Kidd Blaskowsky each added 11 points to the Cyclone effort.  The Iowa Staters slowly warmed up to the new season and shot 59 percent from the field in the second half.

Iowa State jumped out to a 13-4 lead in the first five minutes of the game. Blaskowsky, a freshman, hit a three with a minute left in the half that was followed by a Poppens trey with 21 seconds to go that gave the Cyclones a 30-11 halftime lead.

Iowa State will be back in action Tuesday in an exhibition vs. William Penn. Tipoff is slated for 7 p.m. on Cyclones.TV.