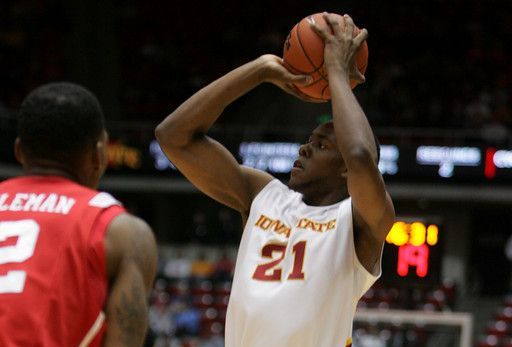 Anybody out there have a case of the Mondays? I don’t, but I suspect a handful of Cyclone basketball fans do after Saturday’s two point win over the mighty Bison of North Dakota State. Here’s the deal. I don’t blame people for being concerned. The Cyclones certainly haven’t been rocking the college basketball world as of late. That’s pretty obvious. But I thought that head coach Greg McDermott made a solid point during his weekly press conference that was held earlier today.

“Our message today at the start of practice was that it is a new season,” McDermott said. “Anytime you start a conference season, it is a new beginning. Everybody is 0-0 to start.”

It’s a hard point to convince people that Iowa State will be dancing by the time March comes around. With the strength of the Big 12, that theory has really lost some of its luster over the past month. But still, can you really completely write an 11-4 team off before they have even played a conference game? It’s going to be a long, hard road, but I’m not prepared to start talking about next season quite yet.

We did learn some good news concerning the team this morning. Justin Hamilton is feeling much better and plans on starting Wednesday night. McDermott also stated that Marquis Gilstrap practiced very well today. In case you didn’t know, a tweaked ankle hindered Gilstrap on Saturday afternoon.

We can all agree that Saturday’s win weighed a little bit on the uninspired side. This is the scenario heading into Wednesday.

The number one team in America is coming into Hilton. The students are back from vacation. Everybody and their dog is doubting this team.

If the Cyclones can’t get up for this one, we might be in for a long year. Iowa State doesn’t even have to beat Texas. They just need to show up, compete, play hard and show some life. I really think that if that happens, it might be enough to turn this season around and get you Fanatics excited again.

Bill Fennelly is a walking quote machine. The Cyclones will be on the road at Texas A&M this Wednesday night. Read what Coach Fennelly had to say about Texas A&M’s defense during today’s press conference.

“A&M’s defense is, kind of what I told my staff, we just had a staff meeting, is kind of like Nebraska’s defense on steroids. That’s the way we looked at it. It is going to be a very tough situation.”

Priceless. The Aggies are the 10th ranked team in America and boast a 13-1 record at this point in the season.

The McCarney watch Dan McCarney’s name keeps getting brought up with the open South Florida job. He’s been mentioned twice today on cnnsi.com. Here’s an example.

We’re all rooting for the man who made Iowa State football what it is today, but as I wrote last week, I just don’t see this happening. In my opinion, South Florida is a sleeping giant. I’ll be surprised if we don’t see a fairly big name end up as the head coach there. But again, keep pulling for Mac. He deserves another chance. 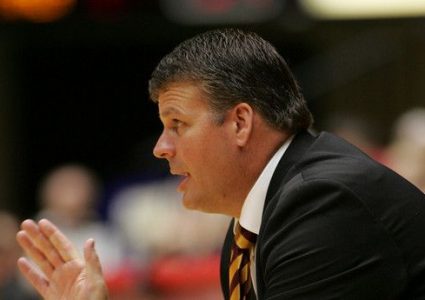