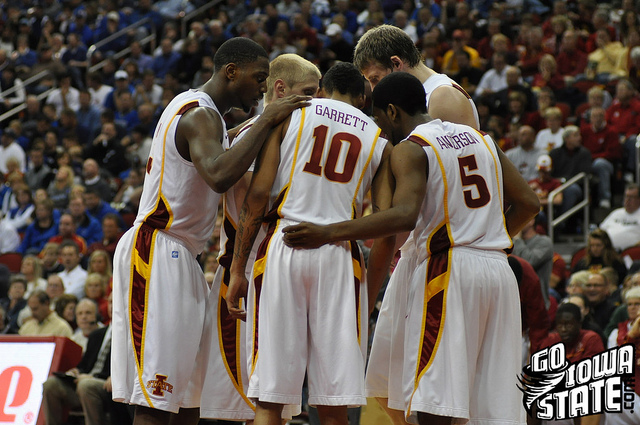 The cupcake portion of Iowa State’s basketball schedule is over. According to the always-trustworthy www.kenpom.com, Iowa State has played the nation’s 328th ranked non-conference schedule through 13 games. Cincinnati and Oregon State are the only BCS conference schools that have played softer schedules than the Cyclones.

So you want to see Iowa State play a tougher non-conference schedule? No you don’t. A beefy slate wouldn’t have done anybody any good this season. Just two days before Christmas, I’ll take and 11-2 Cyclone basketball team that is playing with a heap of confidence (with an enthusiastic fan base) over a dejected 7-5 squad (with a downbeat fan base) any day. Trust me…This team will get plenty of "tests" during Big 12 play.

“I am excited about where we are, especially because I think we still have room to grow as a team,” Fred Hoiberg said after Tuesday night’s 41-point feast over the always delicious Chicago State Cougars. “We can get better and we will get better.”

It is time to take things up a notch. Up next for the Cyclones is Virginia, a team that has been a pleasant surprise so far in the ACC. The Cavaliers are currently 8-3, with notable road wins over Minnesota and Virginia Tech.

“Our schedule is for real now,” Hoiberg said. “That win at Minnesota was as good of a game as I’ve seen played against a tough team in a tough environment.”

There are a lot of similarities between Iowa State and the Caviliers. Both were picked to finish last in their respective high-major conferences. Both teams have exceeded expectations so far. Both programs were forced to replace a lot of production from a season ago.

“After we take these couple of days of, we need to take things up another notch to get ready for conference play,” said Cyclone senior Jake Anderson. “It is going to be a great challenging going to Virginia, an ACC team to get us ready.”