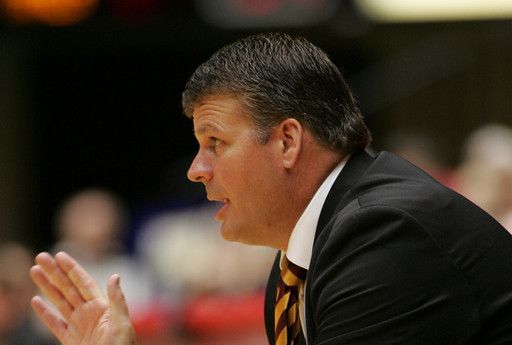 Chris Colvin will be in uniform tonight when Iowa State takes on Texas Tech.

Is this a good or bad move by Greg McDermott? That’s the hot topic right now at CycloneFanatic.com.

On the surface, this decision doesn’t smell like a dozen roses for McDermott, who on just Monday said that he’d stay true to Colvin’s suspension until the month of February.

My take? Here’s the deal. This decision couldn’t have been an easy one to make. Let’s go back to McDermott’s press conference after Iowa State defeated North Dakota State on Jan. 9. This quote stands out to me knowing what we now know about all of the recent happenings (Boozer’s injury, Staiger’s departure, etc.)

“Chris has been disrespectful to our coaching staff, he has disrespected his teammates and in my opinion, he doesn’t realize what a privilege it is to wear an Iowa State uniform.”

One word sticks out in that quote. That is the word “team.” Colvin wasn’t suspended for being a punk to McDermott. He was suspended for acting in a certain way towards everyone in the program. This wasn’t all about McDermott’s relationship with Colvin. It was a team thing. So when making today’s decision, McDermott thought about the team first.

McDermott brought Chris Colvin back for the team, while knowing that he was certainly going to take a ton of heat personally. With this decision, he swallowed his own pride for his players; in order to give them a chance to win.

Does it look good for McDermott? Nope, and I understand those who think that. But I get this decision. This decision was made for the good of the team and the players who want to be there. Period.

Addition by subtraction? I’ve read this a few times now. Yes, I see your point, but I don’t agree. Iowa State isn’t a better team without Lucca Staiger. Sure, Lucca wasn’t the best defender in the world. In fact, he was terrible at times. But at this point, he’s a body with a pulse who can score. That is important right now. I agree. Scott Christopherson is probably a better all around player than Staiger. But this team is not better without Lucca. Without Lucca, the Cyclones have less depth than ever. That is a fact.

“To get up and leave like that doesn’t show much respect for his coaches, his teammates, the fans, and the university,” Knight told the Register concerning the Staiger situation.

I still think that Iowa State will win tonight, even without Lucca. That’s not the homer in me either. These guys have to feel like their backs are against a wall, right?

Iowa State boasts a major frontcourt advantage in this one. Below is Tech’s probable starting lineup.

Craig Brackins will go off for 20 plus. Big win tonight for the Cyclones.